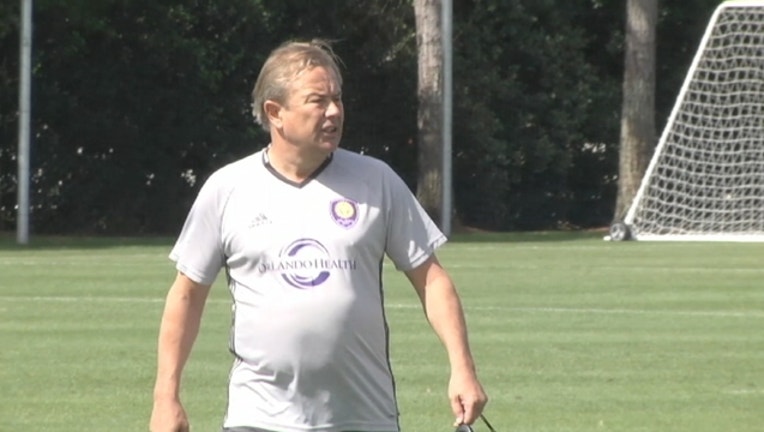 MINNEAPOLIS (AP) - As Minnesota United makes its long-awaited move to Major League Soccer, the franchise has pegged a coach with expansion experience to lead the charge.

United hired Adrian Heath as coach on Tuesday, entrusting the Englishman to be one of the team's faces as it tries to grow the game in a state that has strongly supported soccer on the youth level.

Heath comes to Minnesota from Orlando City, a team that he led from the USL to the MLS in 2015.

"His experience in Orlando City, helping that organization grow and build the right way and the way he immersed himself in the franchise and in the community was a critical factor in making this decision," United sporting director Manny Lagos said.

Heath went 16-18-1 in one and a half seasons leading Orlando City, but was fired in July. He said he had opportunities to return home to coach in England after his dismissal, but was committed to staying in the United States to help soccer continue to grow in popularity.

"It's going to be difficult in the first year. We know that," Heath said. "We're going to have to keep growing. But I saw enough in the last 18 months in Orlando, to know that we can put a team together to compete from Day 1 in Minnesota. That has to be the aim, to take it to the last game of the season where we're in there pitching in for every single game that we play."

United is making the jump from the second-tier North American Soccer League. The franchise is building a new stadium in St. Paul, but the team will begin play in 2017 on the University of Minnesota's campus while construction is completed.

Heath is from Staffordshire, England, and played professionally for 18 years before getting into coaching. He was a standout midfielder with Everton in the 1980s and became a coach in the United States in 2008 when he took over the Austin Aztex in the USL. The team relocated to Orlando in 2010 and won two USL Pro championships and three Commissioner's Cups before joining MLS.