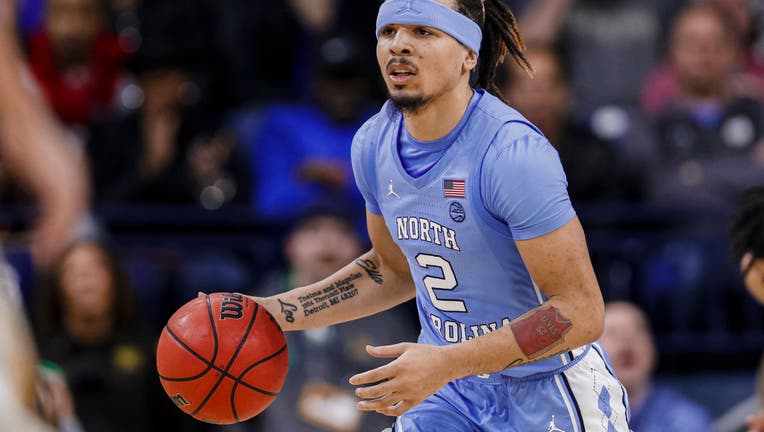 SOUTH BEND, IN - FEBRUARY 17: Cole Anthony #2 of the North Carolina Tar Heels brings the ball up court during the game against the Notre Dame Fighting Irish at Purcell Pavilion on February 17, 2020 in South Bend, Indiana. (Photo by Michael Hickey/Get

LAKE MARY, Fla. - The Orlando Magic have selected guard Cole Anthony in the first round of the 2020 NBA Draft.

Cole Anthony spent his lone year in college battling injuries and still put up big numbers. The Orlando Magic can't wait to see what he's capable of when fully healthy.

The Magic took the former North Carolina guard -- and son of longtime NBA guard Greg Anthony -- with the No. 15 pick in Wednesday's NBA draft. The 6-foot-3 Anthony led the Tar Heels in scoring at 18.5 points per game last season, his lone season at the college level.

Anthony was named Third Team All-ACC and to the All-ACC Freshman Team. He scored 20+ points nine times, including a career-high 34 points during his collegiate debut on Nov. 6, 2019 vs. Notre Dame. The 34 points was the most-ever by a UNC and ACC freshman.

As a high school senior (2018-19), Anthony was named 2019 USA Today First Team All-America and the Virginia Gatorade Player of the Year. He was the Most Valuable Player of both the 2019 McDonald’s All-American Game and the 2019 Jordan Brand Classic.

Anthony was also a member of the U18 USA National Team, earned All-Tournament honors at the 2018 FIBA U18 Americas Championships, and led Team USA in scoring at the 2019 Nike Hoops Summit. He is the son of Crystal McCrary and 11-year NBA veteran Greg Anthony.

Anthony will wear #50 with the Orlando Magic.