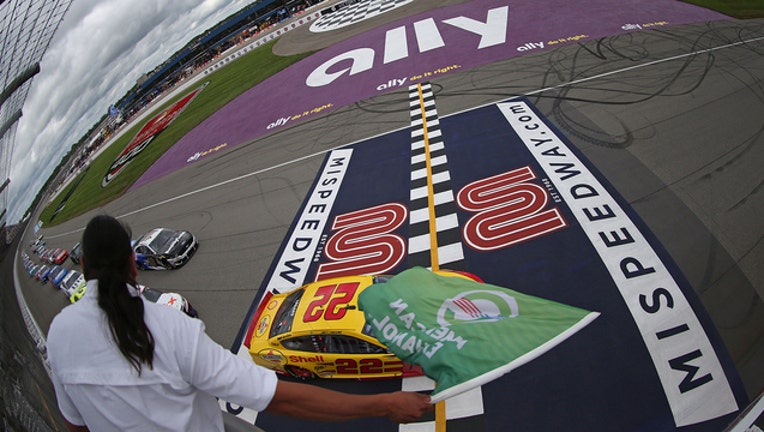 Logano was trying to hold on to a dwindling lead over Truex and Busch with five laps remaining, but around that time, Erik Jones went onto the grass, bringing out the caution flag that forced overtime. Logano and Truex were up front on the restart, along with Kurt and Kyle Busch, and Logano pulled ahead and held on.

It was the fifth victory of the season for Team Penske and the third in a row for Ford at Michigan International Speedway. This was the 100th race at Michigan for NASCAR's top series.

The race was held Monday after being rained out Sunday.

Logano won the first stage but had to pit toward the end of the second stage, enabling Austin Dillon to win that one. It was a dominant visit to MIS for Logano, who won the pole in qualifying and then led a track-record 163 laps in the race. The previous mark of 162 was set in 1989 by Rusty Wallace - although Logano's race was extended by the overtime.

Logano won for the 23rd time in his career and took over the points lead from Kyle Busch. Kurt Busch finished second Monday, followed by Truex, Daniel Suarez and Kyle Busch.

Clint Bowyer, who won one of the two MIS races last year, went into the wall early in the final stage and ended up 35th. Kevin Harvick won the other Michigan race last year. He had to pit toward the end of the first stage in this one with a loose wheel, but he worked his way back into contention and finished seventh.