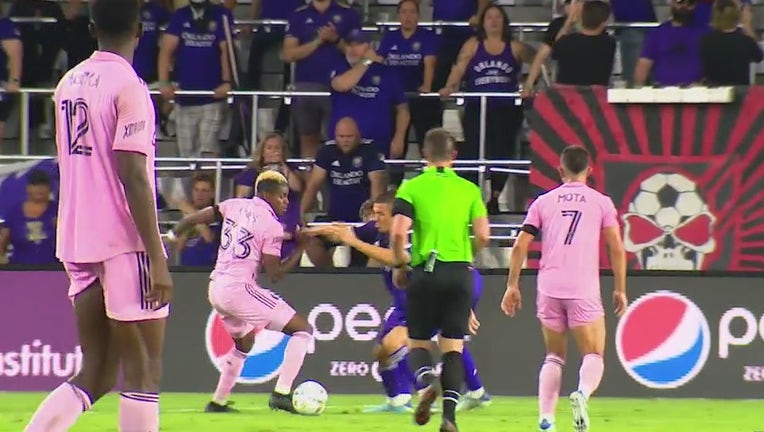 ORLANDO, Fla. - Orlando City is moving on to the quarterfinals of the Lamar Hunt U.S. Open Cup after defeating fellow Major League Soccer (MLS) side and intrastate foes Inter Miami CF via a penalty shootout at Exploria Stadium.

After finishing regulation scoreless, Orlando and Miami each found the back of the net in extra time to force penalty kicks to decide the match. Facundo Torres scored for the Lions, good for his first Open Cup goal, with an assist from Mauricio Pereyra. In the shootout, goalkeeper Mason Stajduhar recorded a save while all four Lions who attempted a shot converted from the spot in Ercan Kara, Robin Jansson, Andrés Perea, and Maurcio Pereyra, punching their ticket to the last eight of the nation’s oldest cup competition.

"Besides the victory, it was an incredible effort from the players. They just played three days ago, so to have that courage and that willingness to do everything they did [was great]. I thought we managed the game the whole time and had the best of the game," said Head Coach Oscar Pareja. "We have been fighting to be more precise, which we’ll do. They overcame a situation in Austin that was very unfair. That was not easy to overcome mentally, so I want to recognize that effort from the players. Their hearts are big, and we’re proud of that."