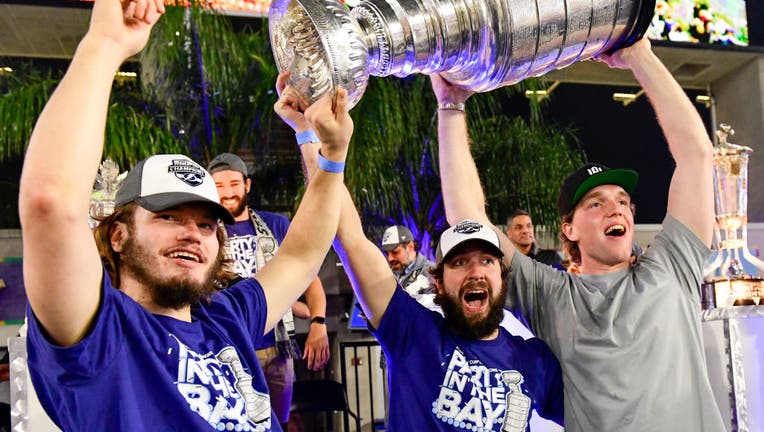 TAMPA, FLORIDA - SEPTEMBER 30: Andrei Vasilevskiy #88, Nikita Kucherov #86 and Mikhail Sergachev #98 of the Tampa Bay Lightning holds the Stanley Cup above his head during the 2020 Stanley Cup Champion rally on September 30, 2020 in Tampa, Florida. (

TAMPA (AP) - Just months after winning the Stanley Cup, officials with the Tampa Bay Lightning say they're eliminating 30 positions in a sign that even winning a championship doesn't spare a team from the effects of the coronavirus.

Team officials said Monday that the positions were across the company and effective immediately.

The layoffs represent less than 10% of the team's workforce. Because the National Hockey League's postseason was played in bubbles in Canada, the team didn't earn any revenue from the playoffs.

Team officials say the Lightning lost money last season and is expected to do so again during the upcoming season.