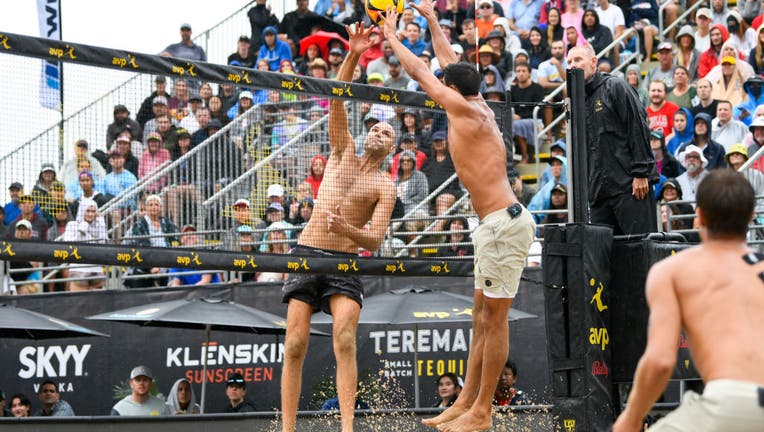 "This is the first AVP that's ever been in Central Florida," said Dalhauser. "So it's super cool to play in my backyard. I get to sleep in my own bed, which is pretty sweet. And to have world-class Volleyball come to Central Florida I think is awesome."

Dalhauser is one of the biggest names ever in Beach Volleyball. He won a Gold Medal in the 2008 Olympics. He won a world championship in 2007. But before all that, Dalhauser played club volleyball while going to school at the University of Central Florida.  He also went to high school at Mainland in Daytona. And now makes his home in Lake Nona.  And this week, he'll finally get to have a few dozen friends and family members see him play in a hometown event.

"It's super cool because most of my friends, they don't know me as a volleyball player, they just know me as Phil," said Dalhauser. "So it's the first time they'll see me live. So it'll be kinda cool."

Dalhauser also expects a number of kids that he's been coaching at his Beach Volleyball academy in Lake Nona to come to watch him play. Many of those kids have no idea how good their coach is. Which suits Dahlhauser just fine.

"You know I'm trying to create a community of beach volleyball, and it's been a lot of fun so far," said Dalhauser. "And playing with the kids and having fun, kind of being goofy with them, has brought out a side of me that I didn't know I had."

Dalhauser started this AVP season with a win. He says he'd love to finish with a bookend win in this final tournament of the year.