LOS ANGELES - A documentary focusing on the disappearance of Tom Brady’s jersey following the New England Patriots’ win over the Atlanta Falcons during Super Bowl LIV is coming to FOX.

There is also a first-ever on-camera interview with the infamous fan. 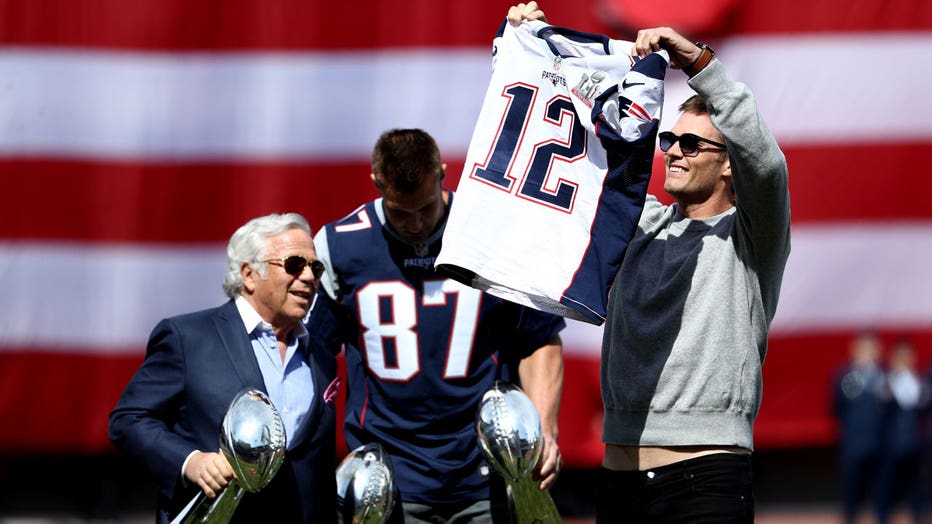 Tom Brady holds up his jersey before Super Bowl LI in a file photo. (Photo by Maddie Meyer/Getty Images)

“The film looks intricately at the investigation as well as the boundaries of fandom and redemption,” a press release for the movie stated.

“The Great Brady Heist” is set to air on Saturday, Feb. 1 at 7 p.m. ET on FOX, the night before the Super Bowl.