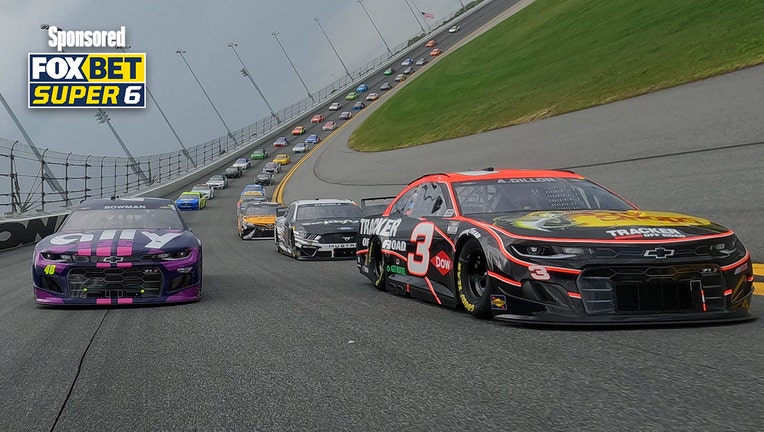 There are certain rites of passage in every sport — the symbols, sights and sounds of a legendary event associated with a particularly incredible time of year.

A dribbling basketball in March. Soft piano music and azalea bushes from April in Georgia. Chilled nights and burning passions of October baseball And, of course, the blaring fury of revving engines amid the endless promise NASCAR’s new season.

The 64th running of the Daytona 500 on Sunday (2:30 p.m. ET, FOX) will forever have the feel of the biggest moment of the stock car season. The Great American Race is a touchstone moment: not always an indicator of who will win the Cup Series in November, but a testament to great teams and great performers that have defined this sport’s history and grandest stage.

And you can number yourself among those great performers by winning $25,000 of Clint Bowyer’s money on the FOX Bet Super 6 Daytona 500 Stage 2 Contest for Sunday. Just answer all six questions about the race correctly, and you could join the long list of winners that have collected millions and millions of dollars from FOX Bet Super 6.

It’s always free to play on the Super 6 app. And to help you get to victory lane, here are the six questions and a few predictions for Daytona.

Which of these drivers will have the fastest lap by the end of Stage 2?
Alex Bowman, William Byron, Austin Dillon, Joey Logano, Martin Truex Jr., Denny Hamlin

One of the sure-fire rules during the 2021 season was picking Denny Hamlin for a stage win.

Hamlin has raced well at Daytona, and he had 10 stage wins last year, second most behind Cup winner Kyle Larson. Of these drivers, Hamlin feels like a good bet. Prediction: Denny Hamlin

Which of these drivers will lead the most laps at the end of Stage 2?
Ryan Blaney, Kyle Busch, Chase Elliott, Denny Hamlin, Kevin Harvick, None/Tie

Hamlin had the second-most laps led last year in NASCAR at 1,502 laps, trailing Larson’s whopping 2,501. But a wild card in this is Elliott, who was third on that list at 952 and who has 126 career laps led to his name at Daytona. Prediction: Chase Elliott

There were 11 different leaders in last year’s Daytona 500 for 22 lead changes during the overall race. The end of these types of races tend to be calmer than the front since the amount of cars is reduced … until the inevitable Big One.

Larson sits on the pole for the 500-mile race, and he is undoubtedly one of the biggest stories heading into Sunday. One thing that made him so special last year was just how consistent he was, staying near the front in just about every race.

In that sense, picking him to maintain his running order or fall back just slightly feels like the safe bet yet again. Prediction: 3rd-4th

Which manufacturer will have the most cars in the Top 10 of Stage 2?
Toyota, Chevy, Ford, Tie

Seven Fords finished in the Top 10 in qualifying this week. That lets you know they are ready for this race. While Hamlin and Martin Truex Jr. give Toyota a shot, this feels like a Ford week. Prediction: Ford

Many seem to forget that McDowell was the winner of this race last year — a reminder of just how often someone can come out of the blue and win this thing.

Download the FOX Bet Super 6 app for your chance to win thousands of dollars on the biggest sporting events each and every week! Just make your picks, and you could win the grand prize. Download and play today!