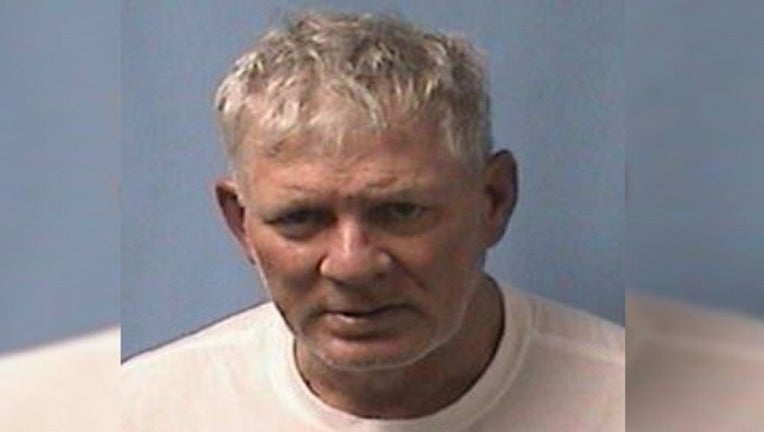 LINDEN, N.J. (WTXF/AP) - Former baseball star Lenny Dykstra put a gun to the head of an Uber driver when the driver declined to change the trip's destination, police said the driver told them Wednesday.

Dykstra was arrested early Wednesday outside Linden police headquarters after the driver stopped and ran out of the car. Police said they found cocaine, MDMA and marijuana among Dykstra's belongings, but didn't find a weapon.

The 55-year-old former All-Star is charged with making terroristic threats and drug offenses. He's been given a summons, was released and is due in court next month. It wasn't immediately known if Dykstra has a lawyer.

Dykstra took to Twitter to respond to the allegations by, among other things, citing lyrics from Taylor Swift, Rihanna and Kelly Clarkson.

"But I keep cruising, can't stop, won't stop moving. It's like I got this music in my mind, sayin' gonna be alright," Dykstra tweeted, referencing the Swift hit "Shake It Off."

When one Twitter user suggested the encounter was the Uber driver's fault "for not respecting a legend," Dykstra responded, "I'm not sure yet that that's the defense with which we are going to go."

Dykstra played 12 seasons with the Philadelphia Phillies and New York Mets and won a World Series in 1986 with the Mets. He was named to the National League All-Star team three times.

Dykstra's life after baseball has been troubled. He has served prison time after pleading guilty to crimes including bankruptcy fraud, grand theft auto and money laundering, and he declared bankruptcy in 2009, claiming he owed more than $31 million and had only $50,000 in assets.