Florida fired coach Dan Mullen on Sunday, a day after his sixth loss in nine games, two months after the Gators went toe to toe with defending national champion Alabama and a year after they had a chance to make the College Football Playoff.

GAINESVILLE, Fla. - Florida fired coach Dan Mullen on Sunday, a day after his sixth loss in nine games, two months after the Gators went toe to toe with defending national champion Alabama and a year after they had a chance to make the College Football Playoff. 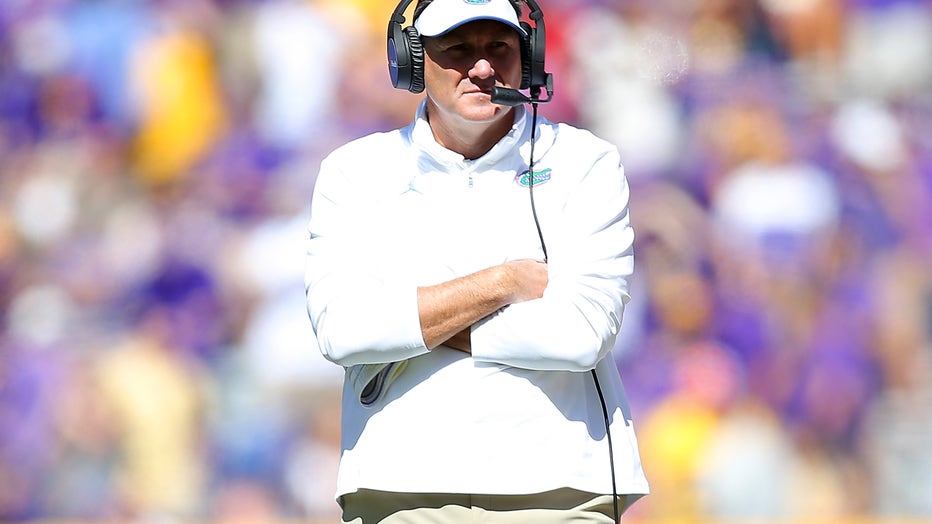 Head coach Dan Mullen of the Florida Gators reacts against the LSU Tigers during a game at Tiger Stadium on October 16, 2021 in Baton Rouge, Louisiana. (Photo by Jonathan Bachman/Getty Images)

His final game was a 24-23 loss in overtime at Missouri that spotlighted Florida’s flaws: inconsistent quarterback play, a porous offensive line, a lack of playmakers on both sides of the ball, and an inability to win close games. The Gators (5-6, 2-6 SEC) have dropped seven consecutive one-possession games, all in the last two seasons.

Florida hosts rival Florida State (5-6) on Saturday, with the winner becoming bowl eligible. They'll do so without Mullen, who also served as the team's offensive coordinator and play-caller.

Athletic director Scott Stricklin wanted to give Mullen every chance to turn things around — especially since the team was ranked sixth in the CFP standings just a year ago. He even rewarded Mullen with a raise and a three-year contract extension in the offseason — but it became clear Mullen was losing the support of top administrators, key boosters, and even the program’s most loyal fans. 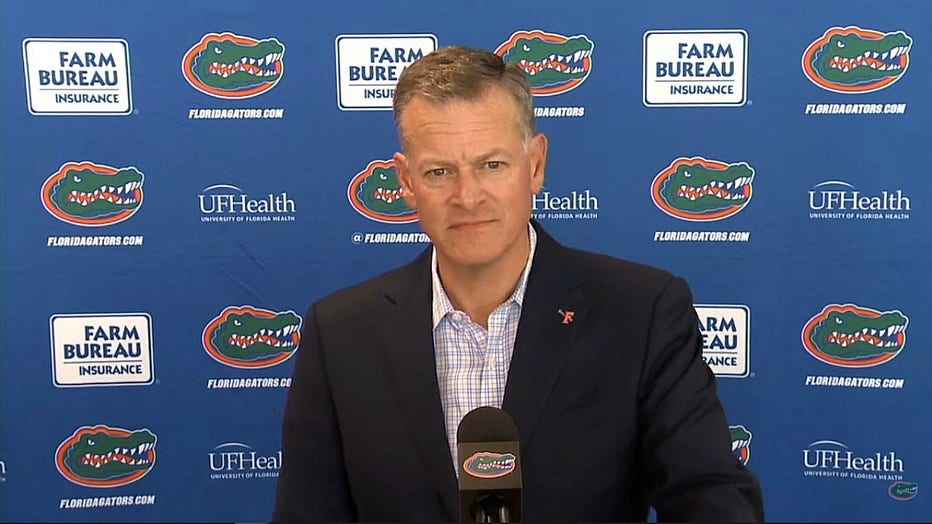 Stricklin was scheduled to hold a news conference later Sunday.

The Gators will pay Mullen a $12 million buyout spread over seven installments, with a $6 million payout coming within 30 days. Mullen will then get $1 million every July 15 through 2027. Six of Mullen’s assistants have expiring contracts, making the timing of the coaching change relatively ideal from that standpoint.

The Gators also have an $85 million standalone football facility opening next year, a long-overdue upgrade that’s been years in the making. That and being surrounded by Florida’s fertile recruiting pool should make the Sunshine State’s best college football job even more attractive.

Florida is likely to be linked to most of the top coaches who have been speculated as candidates to fill coaching vacancies at LSU and Southern California, including Oregon's Mario Cristobal, Cincinnati’s Luke Fickell, Penn State’s James Franklin, Mississippi’s Lane Kiffin, and Louisiana’s Billy Napier as potential replacements. What about making another run at former Oklahoma coach Bob Stoops, a former Gators assistant under Steve Spurrier?

Florida has lost nine of its last 11 games against Power Five opponents, including four straight, and its current recruiting class ranks 34th in the country, according to Rivals.

Mullen fired two close friends and top assistants following a 40-17 drubbing at South Carolina earlier this month, but parting with defensive coordinator Todd Grantham and run game coordinator John Hevesy did little to get Florida back on track.

The Gators responded with a 70-52 victory against Samford that felt more like a loss than any outcome in Mullen’s four years in Gainesville. They gave up a season-high 530 yards and the most points ever at Florida Field for an opponent, and it came against a middle-of-the-pack team from the Southern Conference and the Football Championship Subdivision.

It’s the most points an FCS opponent has ever totaled against an SEC team.

The Gators rallied in the second half and Mullen celebrated in the locker room like nothing was wrong, another strange look for a guy who’s provided way too many for Florida’s brass since replacing Jim McElwain in 2017.

The Gators ended 21-13 in league play under Mullen.

His offensive acumen made him one of the best play-callers in the SEC for the past 15 years – four as Florida’s offensive coordinators, nine as Mississippi State’s head coach, and then four more in Gainesville issues – but his recent issues overshadowed all his prowess.

Mullen’s recruiting has been the root of his on-field problems. He surely stuck with Grantham and Hevesy longer than he should have and was in discussions with Stricklin last week to make even more staff changes had he won out and saved his job.

His strong-willed ways landed him in hot water last year after he doubled down on wanting to pack Florida Field during a pandemic.

He also got Florida on NCAA probation for the first time in 30 years, dealt a show-cause penalty for recruiting violations. He was also fined and reprimanded by the SEC for his role in a benches-clearing fight and was widely criticized for tone-deaf comments following two losses.

His failure to publicly take ownership of losses carried into this season and was at the forefront following a 20-13 stunner at Kentucky last month. Asked whether he was outcoached, Mullen started reeling off numbers from the stat sheet.

Despite Mullen’s many missteps, Stricklin gave him a raise and a three-year contract extension in May. The 49-year-old Mullen made $7.6 million this year, up from $6.07 million in 2020, and had been under contract through 2026.