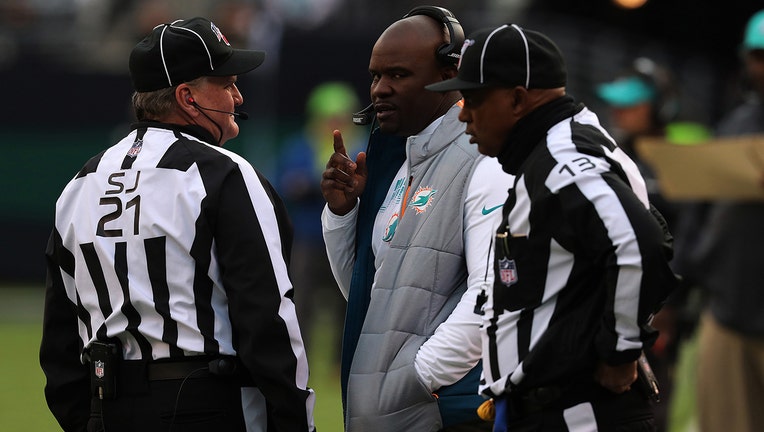 EAST RUTHERFORD, NEW JERSEY - DECEMBER 08: Head Coach Brian Flores of the Miami Dolphins in action against the New York Jets in the first half at MetLife Stadium on December 8, 2019 in East Rutherford, New Jersey. (Photo by Al Pereira/Getty Images)

DAVIE, Fla. - The Miami Dolphins coach who screamed and cursed and chased an official at the end of his team’s latest loss was in a more reflective mood 24 hours later.

“I get over things pretty quickly,” Brian Flores said Monday. “It’s an emotional game. It’s my anger, but it’s for the players. I’m upset for them.”

The Dolphins (3-10) lost 22-21 at the Jets on Sunday after a pass interference penalty was imposed on Miami via replay review in the final minute, negating a fourth-and-18 situation for New York.

“Say what you want about the call,” Flores said. “We didn’t make enough plays to win the game. It wasn’t just that call.”