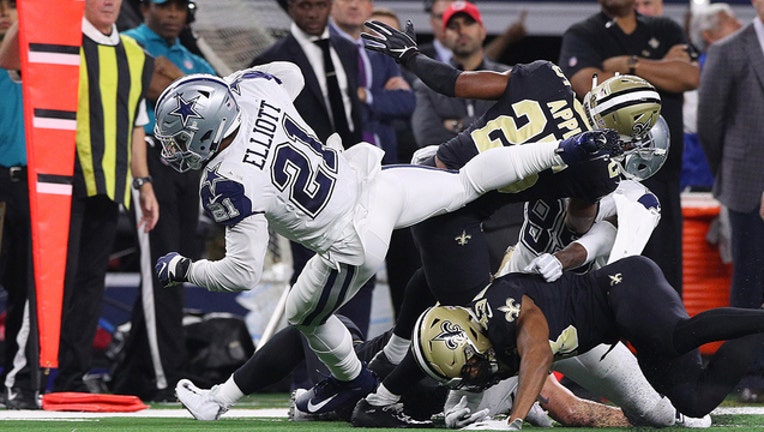 Ezekiel Elliott #21 of the Dallas Cowboys stretches for a first down after being hit by Eli Apple #25 and Marcus Williams #43 of the New Orleans Saints at ATT Stadium.

The Cowboys (7-5) won their fourth consecutive game and assured they will at least remain tied for the NFC East lead.

The Saints (10-2) had a season low in points while missing on a chance to perfectly match Dallas from two years ago, when then-rookie sensations Elliott and quarterback Dak Prescott won 11 straight after dropping the opener.

Brees had his fewest yards passing in a half since joining the Saints in 2006 with 39, and couldn't get a potential winning drive going in the final minutes.

Instead, Jourdan Lewis' interception - just the third of the season for Brees - gave the Cowboys a chance to run out the clock from the New Orleans 1 after an interference penalty in the end zone.