TAMPA, Fla. - For the first eight of his 10 years in the NFL, Blaine Gabbert has been preparing to win a starting job. But at 30 years old, Gabbert knows his role with the Bucs is to assist Number 12.

“I just try to put my best foot forward every day. Anything I can do to help the football team, to help Tom and our quarterback room, that’s what my job description is,” Gabbert said. “I’m ready and willing if my number is called, to get ready to go. At the same time, my job right now is to help Tom get ready to beat New Orleans.”

Gabbert has been anointed Brady's backup based on his coaches’ comfort with him. This is his third year in Bruce Arians’ system, so basically he knows it better than Brady right now.

“He played really well for us in Arizona. When we called on him, he beat two playoff teams that year. It’s really his third year [in our offensive system] because I haven’t gone anywhere, but he’s a very, very solid guy that can make every single throw.”

“We have a lot of faith in Griff [Ryan Griffin] also, but Blaine knows this offense inside out. He’s pretty much entrenched in it.”

Gabbert spent a good part of the summer getting Brady up to speed with the Buccaneers’ offense. 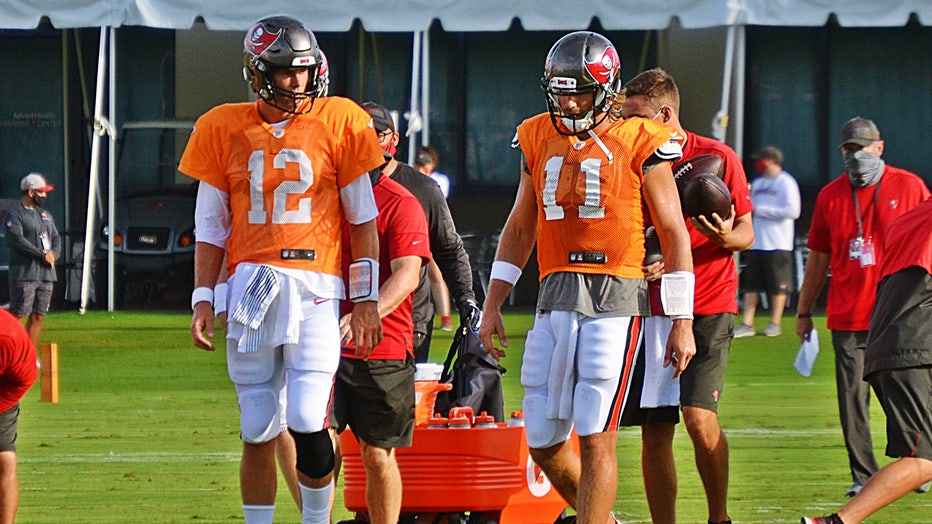 “Anytime you have to learn a new system, it’s tough, and it’s harder when you are in a condensed offseason, a condensed training camp – getting ready to go [for] Week 1,” Gabbert said. “The thing that helped us is that we did a great job all summer getting our workouts in, being on Zoom meeting calls, really going through the system and installing it more than once. So when we got to training camp we installed it again and again and again. This is the third, fourth and fifth time we’ve been through our install package now and it becomes second nature. But in the early stages it’s tough. As B.A. [Bruce Arians] always says, you’re missing the reps in OTAs and mini-camp. We’re just trying to catch up on lost time.”

Brady missed about 400 reps with no official offseason at Bucs headquarters, but Bruce Arians told me he believes the starters are almost caught up. You can credit Blaine Gabbert for having a big hand in it.