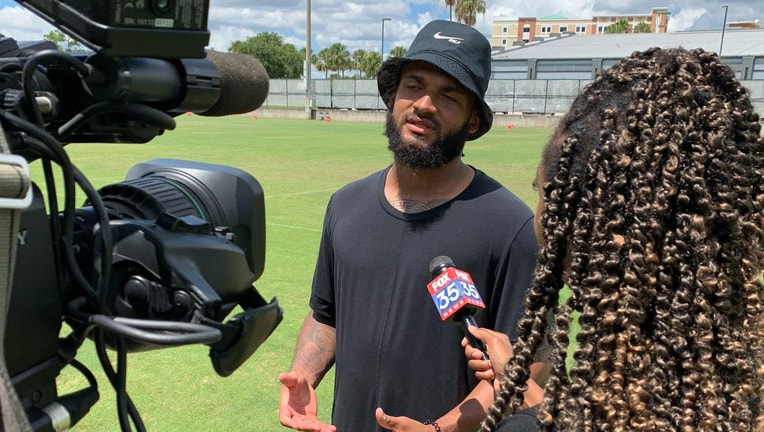 "That's what I’ve been working for all these years, the sacrifice and the discipline and commitment to this game to be able to do something extraordinary like that," Davis said.

"Really we just talk about now and how we’re happy to train together and learn from each other. Sammy’s a great person and playing with one of the best quarterbacks," Davis said.

Davis gets to catch passes from one of the league's best quarterbacks too, in Josh Allen.

As Davis enters his third year in the NFL, he's transitioning to fill the team's number two wide receiver role.

"You got to know your role and play your role to the best of your ability. Whenever your number’s called, you’ve got to go out there and execute," Davis said.