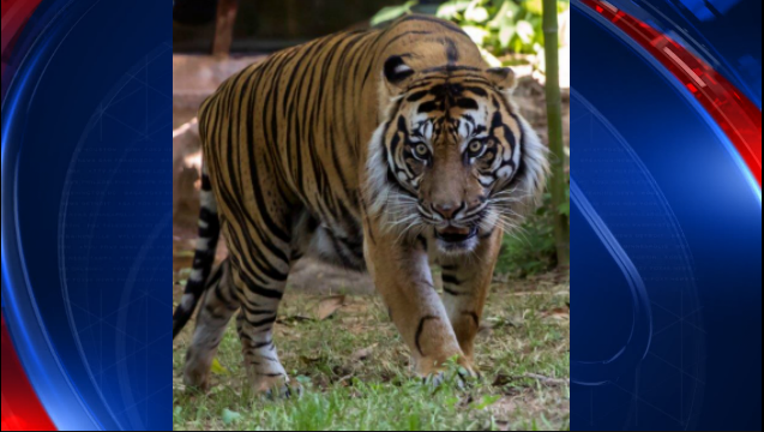 ATLANTA - Zoo Atlanta is welcoming the newest member of their family, a 10-year-old male Sumatran tiger.

According to a news release Wednesday, Emerson, who came from the Jackson Zoo in Mississippi, was recommended to breed with Chelsea, the zoo’s 13-year-old female Sumatran tiger.

Born on November 24, 2006, Emerson has an interesting connection to Zoo Atlanta. His mother, Bahagia, was born at Zoo Atlanta in 2000 and later moved to the Sacramento Zoo, where she birthed Emerson.

Sumatran tigers are among the most endangered mammal species at Zoo Atlanta, according to a statement. The breed is listed as critically endangered by the International Union for the Conservation of Nature (IUCN) and are believed to number fewer than 400 in the wild on the Indonesian island of Sumatra, the statement said.

SEE ALSO: Study: Tequila shots could be good for your bones