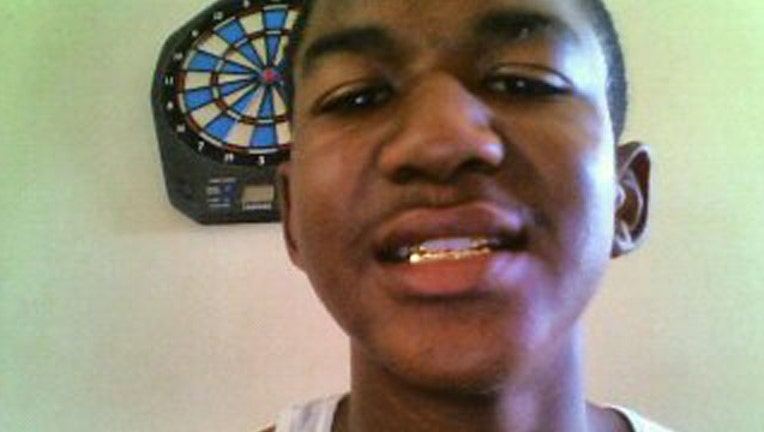 George Zimmerman's defense attorneys have released photos and text messages from 17-year-old Trayvon Martin's cell phone ahead of a hearing that will determine whether they can be used at the neighborhood watch leader's trial.

The photos released Thursday show Martin blowing smoke and extending his middle finger to the camera. The photos also show a gun and what appears to be a potted marijuana plant.

In the text messages, Martin tells a friend that his mother has told him he needs to move out of her house and move in with his father since he was caught skipping school.

Attorneys for the Martin family contend that the only photographs or videos that are relevant, or admissible at trial, are those of Trayvon taken the day he was shot and killed by George Zimmerman.

"There is no evidence that Trayvon neither had gold teeth nor gave anybody the finger the night he was shot and killed," Benjamin Crump said in a statement sent to FOX 35.  "Is the defense trying to prove Trayvon deserved to be killed by George Zimmerman because the way he looked? If so, this stereotypical and closed-minded thinking is the same mindset that caused George Zimmerman to get out of his car and pursue Trayvon, an unarmed kid who he didn't know."

Zimmerman is charged with fatally shooting Martin last year during a confrontation at a gated community. Zimmerman is pleading not guilty to second-degree murder, claiming self-defense.

His trial starts next month.

George Zimmerman's attorney says he is going to ask a judge to sequester not only the jury but the jury pool in the upcoming trial of the Florida neighborhood watch leader.

Attorney Mark O'Mara said Thursday that may involve sequestering 500 potential jurors in order to find six people who can serve on the jury.

O'Mara says he hasn't ever heard of 500 people being sequestered, but he says the Zimmerman case has attracted an unusual amount of publicity. He says he worries that the publicity will influence potential jurors.

A judge will get a chance to consider O'Mara's request at a hearing next week.