The case against former NFL running back Zac Stacy – who is accused of attacking his ex-girlfriend during an incident that was caught on camera – returns to the courtroom in Orlando. A pre-trial hearing will be held at the Orange County Courthouse on Friday.

ORANGE COUNTY, Fla. - An Orange County judge is allowing former NFL running back Zac Stacy – who is accused of attacking his ex-girlfriend during an incident that was caught on camera – to return to Florida to see his child.

The judge modified the conditions of Stacy's release during a hearing at the Orange County Courthouse on Friday.

"I'm going to permit Mr. Stacy to enter the state of Florida for timesharing with the minor child," the judge said during the hearing. However, the exchange of the child must be done at a law enforcement agency. The judge also said there is to be no "hostile contact" between Stacy and his ex-girlfriend.

A request for virtual shared parenting therapy was denied.

Stacy is accused of attacking his ex-girlfriend multiple times with the first happening in May of 2021. Stacy denies the claims.

A Florida judge is allowing former NFL star Zac Stacy -- who is accused of attacking his ex-girlfriend -- back into Florida to 'timeshare' the couples son.

The former NFL star was arrested at Orlando International Airport last year after a graphic and disturbing video emerged on social media that allegedly shows him beating his ex-girlfriend inside her Florida home right in front of their baby boy in 2021.  The home surveillance video appears to show the victim, Kristin Evans, being hit twice, falling onto a couch, and then being thrown into a TV which falls on top of her.

Evans claimed Stacy punched her several times in the head.

"I begged him to stop because the baby was on the couch just a few feet from where he punched me," she wrote, according to the report.

According to a redacted arrest affidavit from the Oakland Police Department, Evans said she was "extending an olive branch" to her son's father, identified as Stacy. He had brought breakfast over.  However, while eating, they started arguing and he got physical with her. 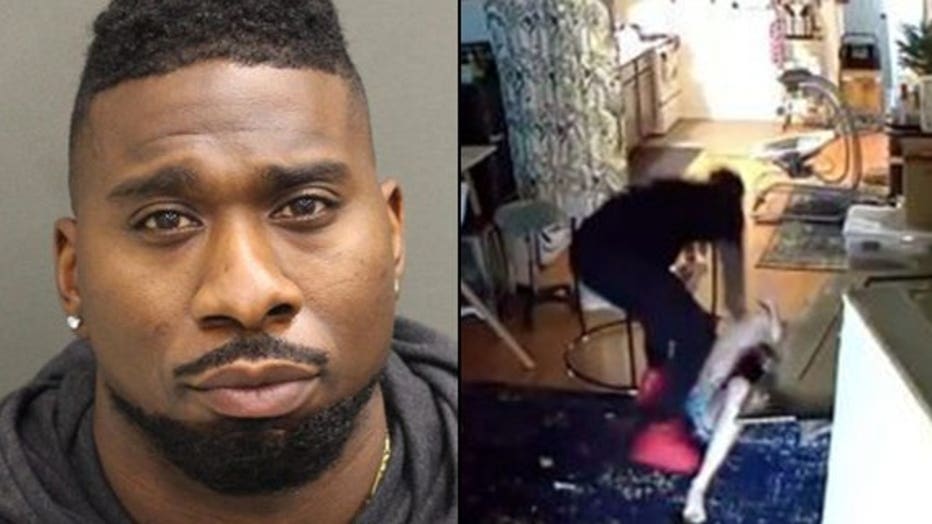 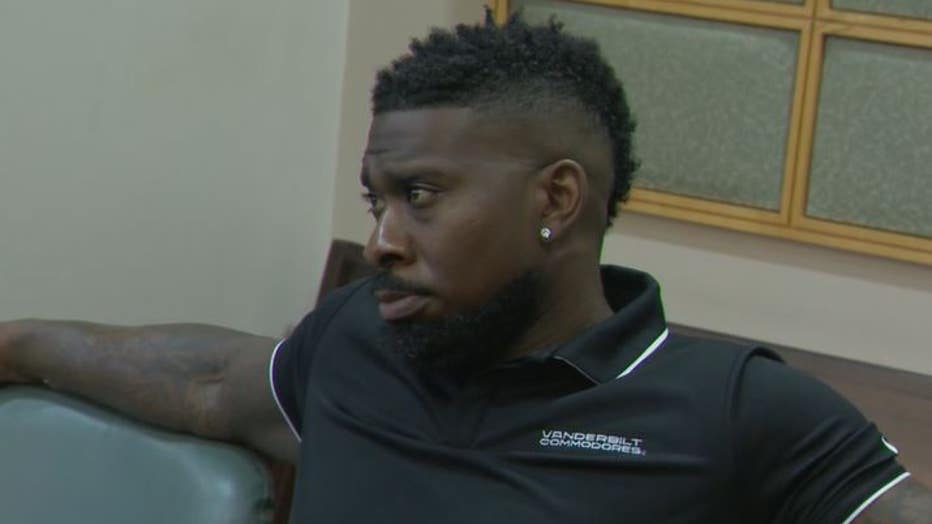 Stacy says Evans set him up.

"I let her know that I wasn't trying to be with her or nothing like that, she just - this is a case of just bitterness man, that's what she did," Stacy told investigators. "The whole assault thing she staged it, she set me up."

"The state of Florida sees domestic violence as a simple battery which is a misdemeanor," Evans said. "But the fact that he damaged my property up to $1000 makes it a criminal mischief felony, so therefore my TV is worth more than what my life is worth."

Stacy faces felony charges of aggravated battery and criminal mischief. He has been out of jail on bond since his arrest and had previously been ordered to stay away from Evans and out of Florida except for court hearings.

The trial is set to begin next month.