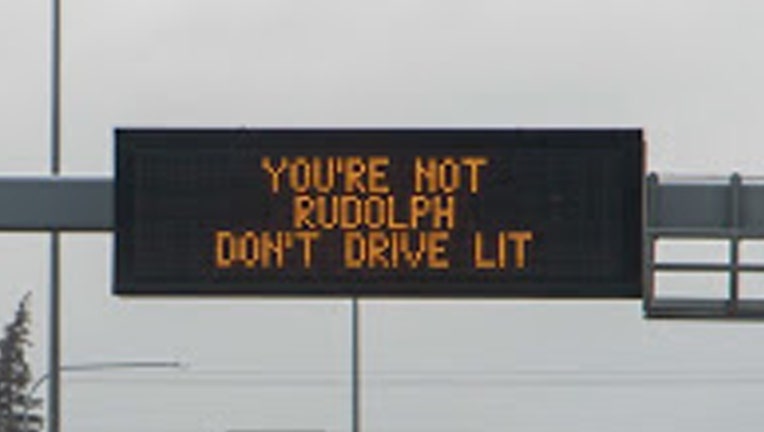 He said that "it is a very busy time of year. One that involves celebration, family, and friends. And as always, we want you to be safe on the roads."

To encourage this, he said that the department has launched a pilot program to get drivers' attention by putting messages on boards throughout several highways.

"There had been several serious or fatal collisions on the routes we're testing messages on. About 17 percent were related to distracted driving, 7 percent being right-of-way or unsafe passing, another 7 percent were sleeping behind the wheel," Overton wrote.

The messages started simple, as he said they read "Don't text and drive" or "Tired? Take a break." However, since then, they have evolved to become more relatable and personable. For example, they used messages like "Santa is watching, put down the phone" or "Who you going to call? No one you're driving."

RELATED: 'He knows if you've had a few": Police share festive reminder about drinking and driving

Overton said that the most popular one this year was "Ralphie put down phone, you'll txt your eye out!" 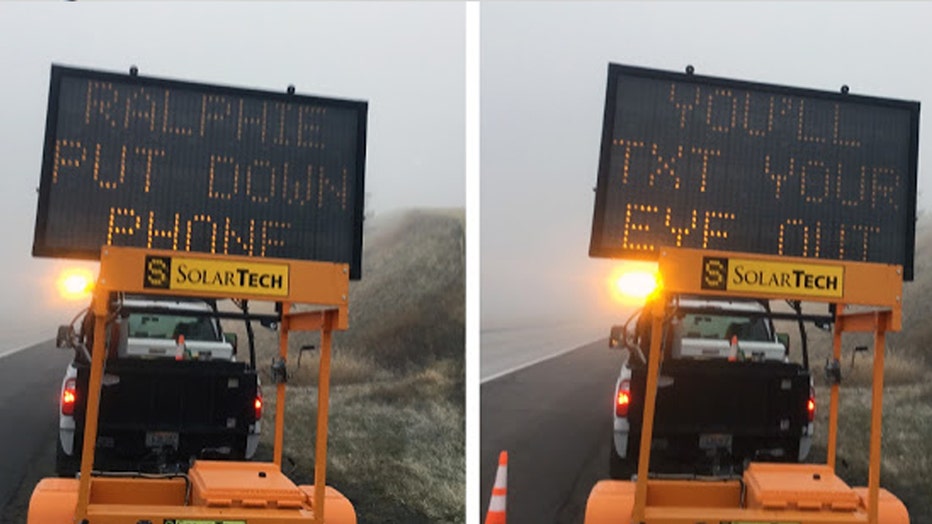 The department believes that more creative and relatable messages will reach a larger audience and cut through the white noise of typical messages, the blog post said. The first message ran on November 26 and read "Feast your eyes on the road, not your phone."

Messages that fight driving under the influence have read "You're not Rudolph, don't drive lit!" and "Don't drive Blitzen, use a sober driver," Overton wrote. 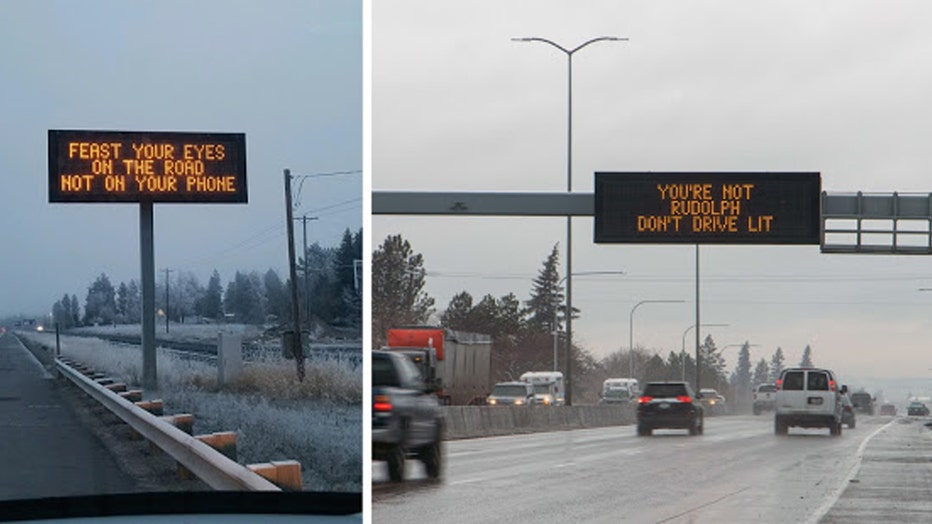 New messages will reportedly continue to be put up through January 2.