Man’s Christmas wish for a haircut granted by community member

The Florida man, who was stuck in the hospital while battling an infection, wanted to get the haircut before his daughter visited him on Christmas Eve.

OCOEE, Fla. - A Florida man stuck in the hospital wished he could look his sharpest for his daughter's Christmas visit and thankfully, someone stepped up to grant his wish.

According to his wife, Jaime Castro was admitted to the hospital on Saturday as he fights an infection.

She said that he underwent surgery on Tuesday to remove the infection, but they are still awaiting results.

RELATED: Vietnam veteran given gift of snow in Tampa after being told this Christmas would be his last

Jaime's daughter visited the hospital leading up to Christmas to help her father's spirit and strength.

Unfortunately, Jaime was unable to leave the hospital for Christmas. Thankfully though, his daughter paid him a visit on Christmas Eve.

However, before this, Jaime wanted to get his hair cut so he could look his sharpest for his daughter. He reached out to a community group on Facebook, where Philip Rowe offered to cut his hair. 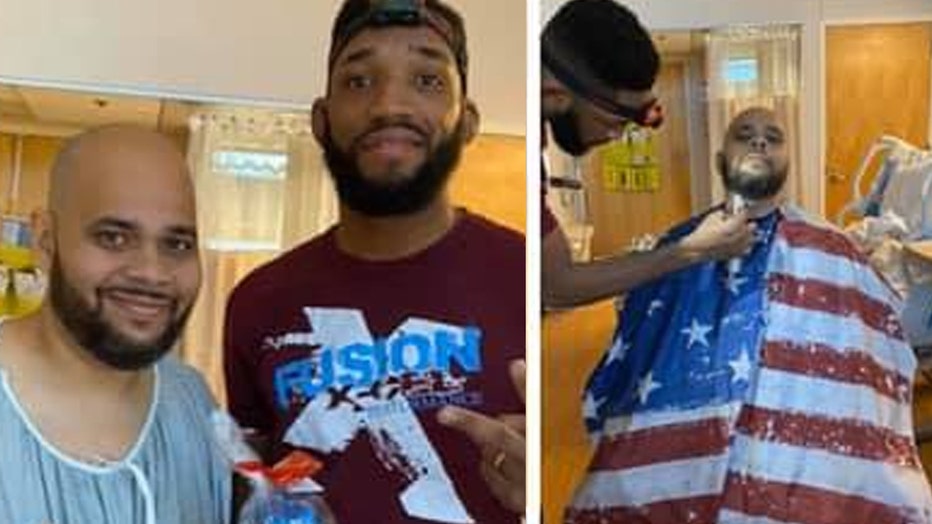 RELATED: 'He knows if you've had a few": Police share festive reminder about drinking and driving

"My wish was for someone to come cut my hair right before my daughter come visit me at the hospital to open gifts with daddy," Jaime wrote online. "Philip came this morning and fixed me up.... super blessed to have people like Philip in this world that is willing to put a stop in his own holiday festivities to do me a favor."

Jaime struggled with not seeing his daughter on Christmas Day, as he posted on Facebook that "having half of your belly full of infection so far is a piece of cake... surgery to drain all the nastiness out of the infected area was a piece a cake... having 104 fiber with shakes I can do that any time again.... but to kiss Amaia goodbye  on the hospital on Christmas Eve and tell her to have a good time on Christmas Day cause Daddy  won’t be there to see you open all her gifts.... broke me to pieces."

Thankfully, his wife went live on Facebook on Christmas morning, as their daughter opened up gifts.