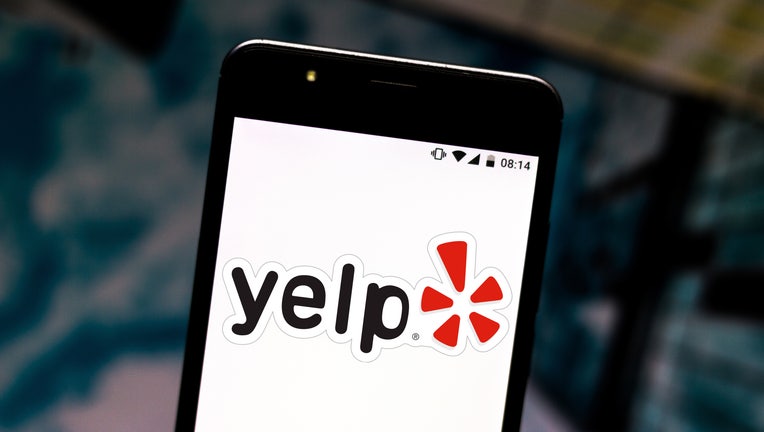 BRAZIL - 2019/07/17: In this photo illustration the Yelp logo is seen displayed on a smartphone. (Photo Illustration by Rafael Henrique/SOPA Images/LightRocket via Getty Images)

Everyone's doing what they can, even apps.

Many restaurants are facing tough financial times due to the coronavirus outbreak, which has caused several cities and states to force them to close down their dining rooms. While restaurants can still serve takeout and delivery orders, these businesses are still likely to struggle.

Yelp announced that it is adding donation buttons to restaurant review pages, it revealed on the Yelp Blog. The promotion is part of a deal with GoFundMe and will include up to $1 million in matching grants from the Yelp Foundation and GoFundMe.

On the blog, Yelp called the partnership a move to "get cash to small businesses."

According to the blog post, Yelp "set up this fundraising opportunity for eligible businesses without requiring any action on your part. Links to a GoFundMe fundraising page will start to appear automatically today and, over the next couple of days, on the Yelp Pages of many businesses."

The first group of eligible businesses will be from the following cities: Seattle, San Francisco, Los Angeles and San Diego. The donation button will appear on businesses nationwide over the next few days, according to Yelp.

Yelp isn't the only business helping out.

In New York City, officials are teaming up with local taxi and rideshare drivers to deliver food to senior citizens and at-risk individuals while the city is being hit by the coronavirus outbreak. Drivers, who are facing a downturn in business, will be paid $15 an hour along with reimbursements for tolls and gas.