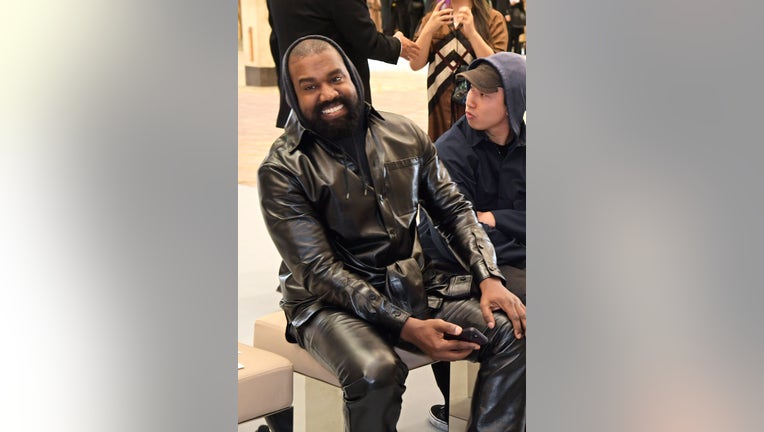 "I am Ye, and everyone here knows that I am the leader," Ye stated during his speech before the start of his fashion show.

RELATED: Kanye West and choir perform at Harris County Jail: 'This is a mission, not a show'

The multi-talented artist gave a speech detailing the pushback he received as he entered the fashion industry while donning a shirt with "White Lives Matter" printed on the back in white lettering with people saying the Pope's face was emblazoned on the front.

The speech came after the audience waited nearly two hours for the show to begin. In the live stream of the show, Ye mentioned how the long wait was "just to present the best idea to you."

Ye was followed by a small choir of what appeared to be children wearing pieces from the new collection. West can be seen filming the choir as they sing, "You make forever" with his daughter, North West in attendance joining them.

"You can't manage me. This is an unmanageable situation. You can't turn the music lower," Ye spoke as he prepared to start his show.

Various posts on social media showed that models in the show were also wearing pieces with ‘White Lives Matter’ featured on them as well. The statement has been rephrased from the Black Lives Matter phrase that grew around the increased police brutality against Black people in the last few years.

Conversations around the fashion statement blew up with many expressing outrage Ye would wear such a piece of clothing.

Others weren't too surprised after Ye publicly supported Trump during his presidency in 2018 and has been seen wearing a Make America Great Again hat.