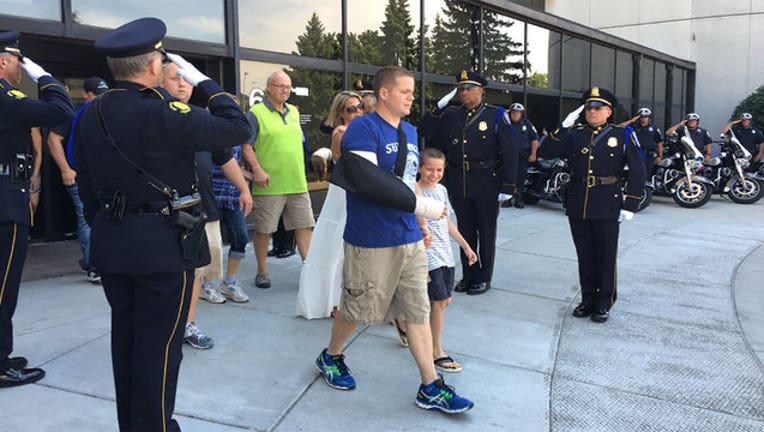 MILWAUKEE (AP) - A Milwaukee police officer who was shot by a domestic violence suspect last weekend was saluted by hundreds of law officers as he left the hospital.

Officer Brandon Baranowski thanked his fellow officers, among others, as he left Froedtert Hospital on Wednesday.

The Milwaukee Journal Sentinel reports Baranowski said he has "a long road of recovery ahead" and looks forward to rejoining the police force.

The 31-year-old officer was ambushed and shot in the arm and chest early Sunday while responding to domestic violence calls. Authorities say the suspect, a 20-year-old West Allis man, killed himself afterward.