The world's largest slingshot and drop rides are one step closer to being finished. Crews started pouring the foundation on Friday for the attractions at ICON Park in Orlando.

ORLANDO, Fla. - Construction is moving along on the world's tallest attractions that are set to open at Orlando's ICON Park.

"The foundation has been poured and the massive ride elements have begun to go vertical for the Orlando Slingshot and Orlando Free Fall at ICON Park. Both attractions are set to open just in time for the winter holidays," officials said in a press release on Wednesday.

The two new rides will join their sister attraction, the Orlando Starflyer, which is the world's tallest stand-alone swing ride. Combined, these rides will make ICON Park an attractive tourist destination for thrill seekers.

"We’re excited to introduce these towering attractions to Central Florida and make the holiday season more exciting than ever." 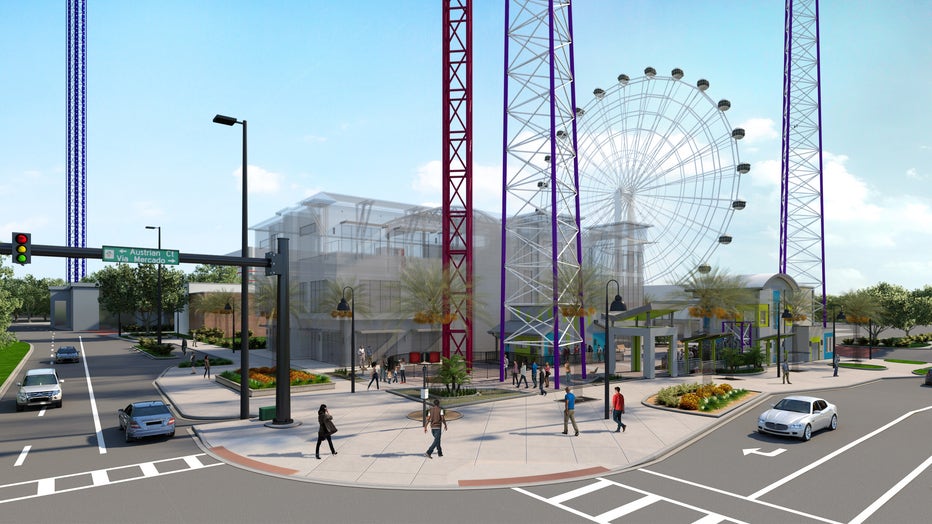 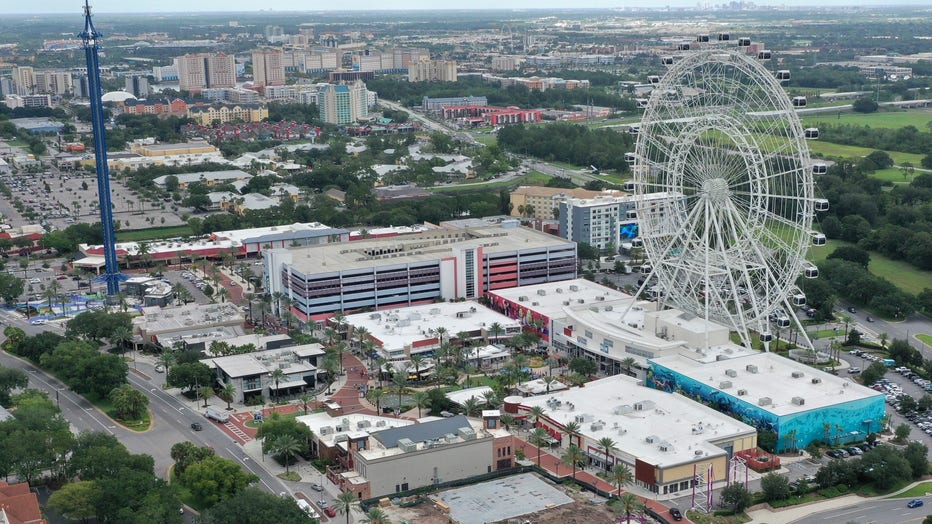 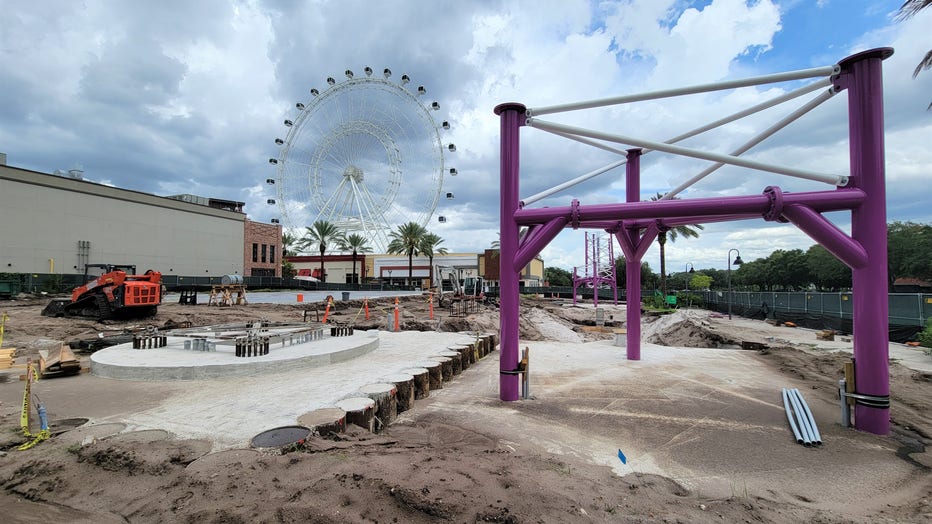 The two-tower, Orlando Slingshot will stand at 300 feet and will launch two riders out of an "exploding volcano" approximately 450 feet straight up into the sky, reaching speeds of up to 100 mph.

The Orlando Free Fall will stand at 430 feet. Thirty riders will take a spin as the vehicle rotates around the gigantic tower and rises high into the skyline. Once the ride vehicle reaches the top, it’ll tilt forward 30 degrees and face the ground for a brief moment before free falling nearly 400 feet at speeds reaching over 75 mph.

Both rides are scheduled to open in December 2021.