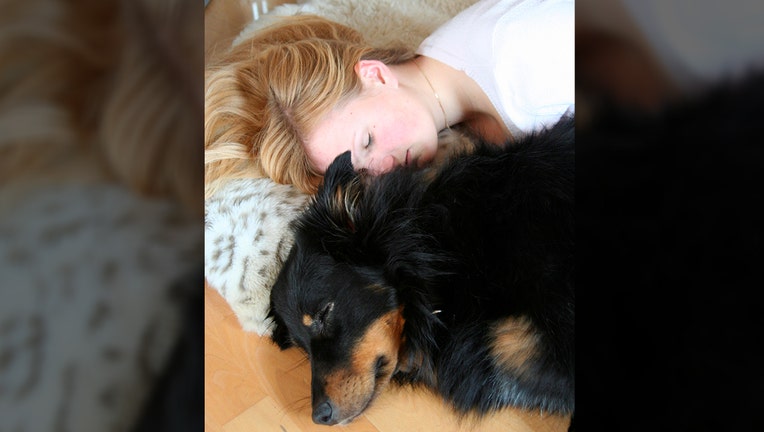 A new study, published in the Journal of the International Society of Anthrozoology, claims that women who cuddle up with their loyal pooch sleep better at night than with a human partner.

"Compared with human bed partners, dogs who slept in the owner’s bed were perceived to disturb sleep less and were associated with stronger feelings of comfort and security," the research stated.

The study also compared female pet owners who slept with dogs versus cats. Apparently, those with dogs by their side slept better than those with cats in their beds.

"Cats who slept in their owner’s bed were reported to be equally as disruptive as human partners, and were associated with weaker feelings of comfort and security than both human and dog bed partners."

Nearly 1,000 adult women living in the United States participated in the study to investigate relationships between pet ownership and human sleep.

According to the study, dog owners had earlier bedtimes and wake times than individuals who had cats but no dogs.