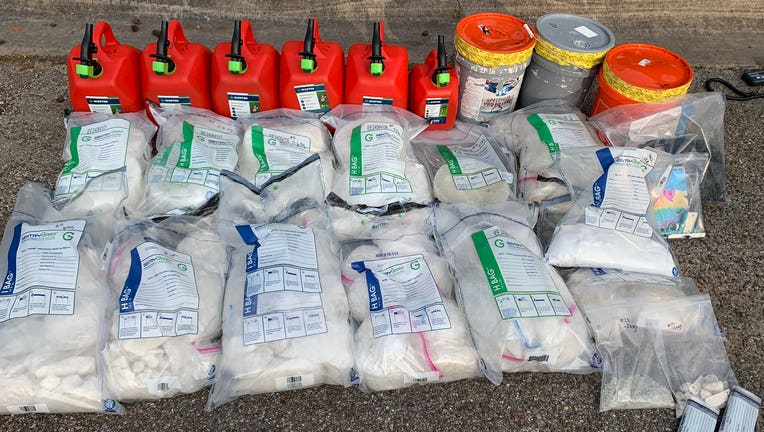 HOUSTON - Authorities say a mother was arrested Friday and had her baby taken away after nearly $2 million worth of methamphetamine was found in her home.

Officers with the Narcotics' division for the Harris County Sheriff's Office say they were called out to a home in reference to a call about a woman "under the influence and could not take care of her two-year-old child."

Deputies arrived at the woman's home and found she was "manufacturing crystal meth in her home."

Nearly 112 kgs of crystallized meth and 87.2 kg of liquid meth was found, which we're told has a street value of up to $2 million.

The woman was taken into custody by deputies and the child was taken by Child Protective Services (CPS).