The husband of a woman who was struck and killed in what the Florida Highway Patrol is calling a hit-and-run crash is talking to FOX 35 News. Rick Parrish says his wife, Virginia Celli-Olivo, had just rescued a turtle off Curry Ford Road when she was hit by a box truck.

ORLANDO, Fla. - Troopers with the Florida Highway Patrol said Virginia Celli-Olivo was killed in a hit-and-run crash while trying to save a turtle that was crossing a road.

Celli-Olivo's husband said his wife had the kindest heart, especially when it came to turtles.

"She was doing something that she had done numerous times before, rescuing a turtle," said Rick Parrish.

He said his wife had just rescued the turtle off Curry Ford Road before her death.

As she was about to get back into her car, troopers said she was hit and killed by the driver of a box truck.

"Was coming back around behind the car to go on out and get into the driver's side when she was struck." 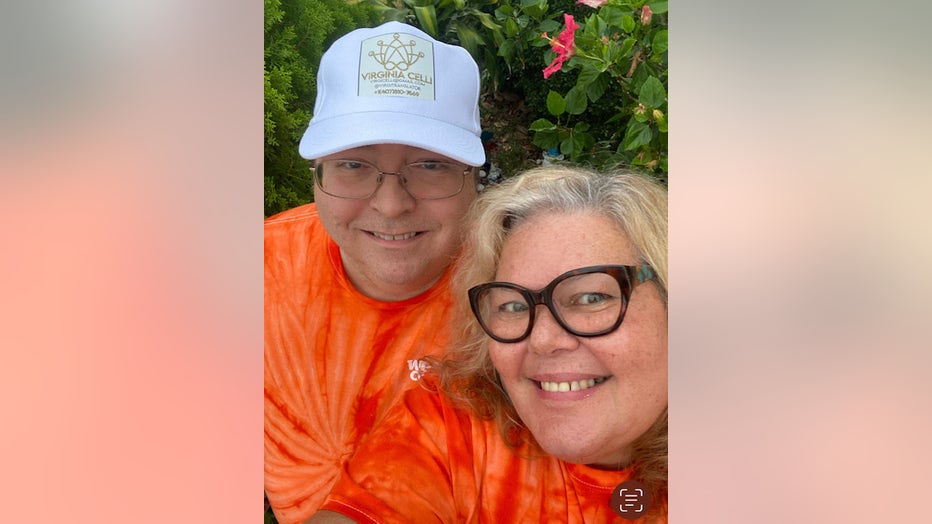 Miguel Valero Gonzalez, 30, was arrested in the incident. Troopers said a witness followed the box truck and called 911.  Troopers later identified Gonzalez as the driver of the truck.

"I’m very happy for the gentleman who did that. Very appreciative and thank you."

Rick tells us, Virginia is from Venezuela where many are mourning her death. He says, her father was the former president of the Latin American Parliament before Hugo Chavez. "When they started marching in Venezuela against Hugo Chavez she and her mom were out there in the middle of it. They got tear-gassed a number of times."

Parrish said his wife was a former sociology professor in Venezuela and had recently started a translation business. He said he will miss the love of his life.

"Coming to the realization that I’ll never get to talk to her, never hold her hand -- none of that -- that’s the hardest part."

Gonzalez remains in the Orange County jail, charged with leaving the scene of a crash with a death.