LOS ANGELES - The mayhem over the return of the Popeyes chicken sandwich continued in Los Angeles when a woman damaged her Mercedes-Benz after video shared to Instagram appears to show an attempt to cut a drive-thru line at the southern fast food chain's West Adams location.

The incident occurred Monday afternoon at Popeyes Lousiana Kitchen located at the intersection of La Brea Avenue and Jefferson Boulevard. The video was captured by a teenage patron and showed the woman's failed attempt to earn her place in the drive-thru line, as she hit safety bollards, causing damage to the side of her luxury sedan.

The incident caused several bystanders to crowd around the scene, and at one point a Popeyes employee came out and informed the woman she will not be able to order. At the end of the video, the person holding the phone asks a fellow young patron if the sandwich is worth it, in which she replies "mmm-hmm."

A man who has been a longtime customer at the location told FOX 11 the woman was not attempting to cut in line and that there has always been a traffic flow in place due to traffic coming from both sides of the restaurant. He believes the cars would not let the woman in line, and she had no choice but to get aggressive. 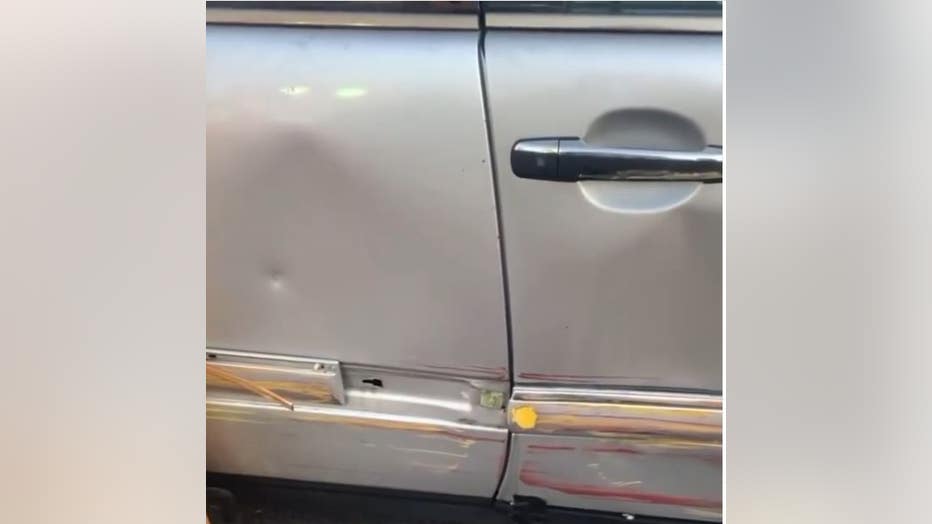 The chicken sandwich returned to stores Sunday and has grown in popularity after reviews hit social media, with many food critics saying it was better than Chick-fil-A's chicken sandwich. In a strategic move, Popeyes opted to bring back the popular menu item on a Sunday when all Chick-Fil-A locations are closed for business.

Earlier this week, a man was fatally stabbed in Maryland after he was involved in an altercation over the chicken sandwich.