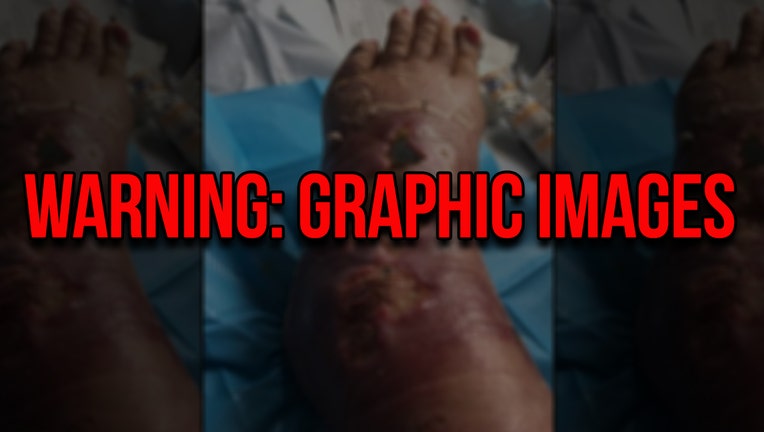 A British woman claims she developed a rare bacterial infection after she was bitten by an insect while on vacation.

Faye Wilkes, 41, was vacationing in Spain when she says she was bitten by an insect while sun tanning by the pool. At first, she didn’t think much of the bite — until she woke up that night with what she described as “shooting pain” in her left leg. A few days later, she had trouble walking, she claims.

"I felt like I had been stabbed in my left leg. It instantly began burning up, and I thought it was probably just a silly mosquito bite, so I went into the pool to cool it off,” she told South West News Service (SWNS), a British news agency. 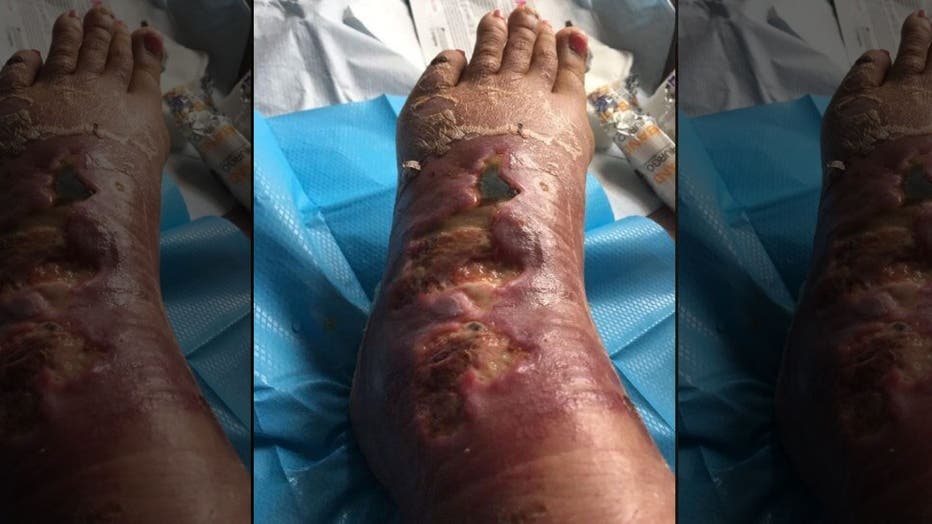 "From the moment my leg began hurting, I knew something was wrong, but I didn't want to waste anybody's time,” she continued. “After it started scabbing and I had difficulty walking, I knew I needed to get help.”

Wilkes sought medical attention at a local hospital in Benidorm, but claims doctors there did little to help her. With no relief, Wilkes said she trusted her “gut instinct” and decided to cut her trip short and fly home.

"I was too weak to walk on my own and I began being sick every five minutes as I boarded the flight,” she told SWNS, adding flight staff called an ambulance for her when they arrived at London's Gatwick Airport. She was then transported to Royal Surrey Hospital where she was diagnosed with sepsis as a result of a rare bacterial infection called necrotizing fasciitis, colloquially referred to as “flesh-eating bacteria.”

Necrotizing fasciitis is a rare bacterial infection that spreads quickly throughout the body and can lead to death, according to the Centers for Disease Control and Prevention (CDC). Accurate diagnosis, rapid antibiotic treatment and prompt surgery are vital to stopping the infection from spreading. The bacteria most commonly enter the body through a break in the skin such as cuts and scrapes, burns, insect bites, puncture wounds or surgical wounds. 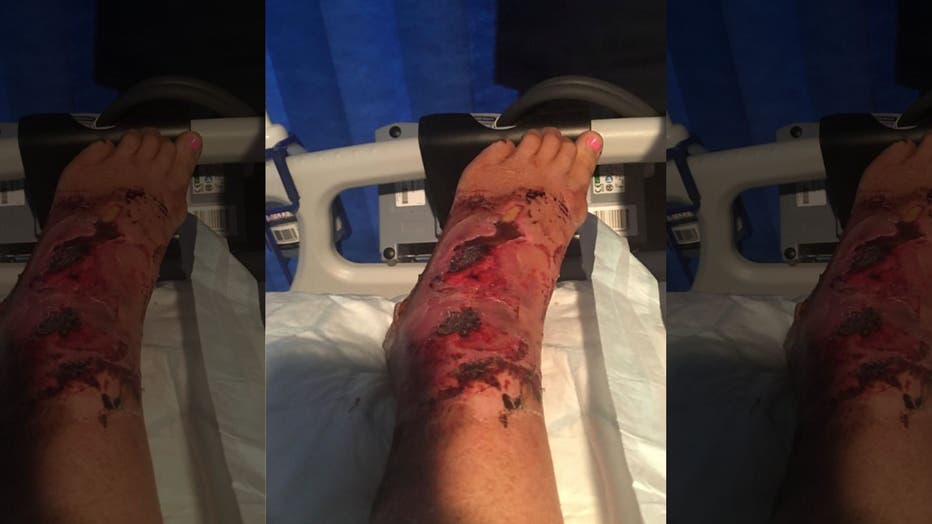 In addition to a red swollen area of the skin, severe pain beyond the area of infected skin as well as fever may be signs of necrotizing fasciitis. The CDC advises getting to the doctor right away if any of these symptoms develop after an injury or surgery.

Later symptoms of the infection may include ulcers, blisters or black spots on the skin, changes in the color of the skin, pus or oozing, dizziness, fatigue, diarrhea or nausea.

Necrotizing fasciitis can lead to shock, sepsis and organ failure, or life-long complications from severe scarring and loss of limb. Even with rapid treatment, up to one in three patients diagnosed dies from the infection, according to the CDC.

"I was absolutely horrified, as I didn't think a measly bite from a bug in Benidorm would result in sepsis, let alone the [near] loss of my leg,” Wilkes said, noting doctors reportedly told her she was “close to death” when she first arrived.

“Luckily, they were able to flush out the infection without having to do any invasive surgery, but I still feel incredibly weak,” she added. "The main thing is that I'm alive and I still have my left leg and foot — but I know I still have a long way to go until I'm out of the woods. I had to learn to walk again and build up my strength." 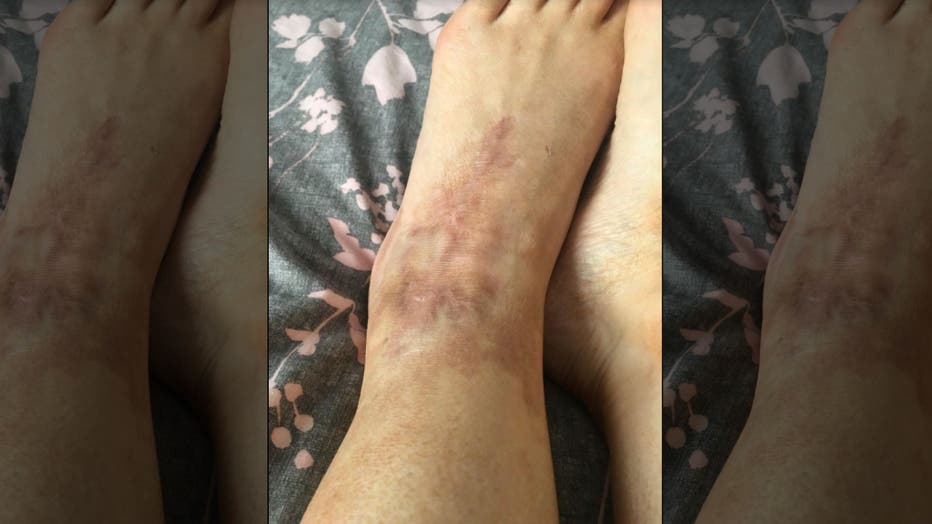 The news comes after a Utah mom opened up about her terrifying experience with necrotizing fasciitis, which nearly killed her and led to the loss of her right arm.