TAMPA, Fla. - The woman who was saved when a Tampa police officer sacrificed his life to protect her by driving into the path of a wrong-way driver spoke publicly for the first time Friday.

Yarrellys Ruiz was driving down Interstate 275 on the way home from visiting her cousin in Brandon when she saw Officer Madsen's police SUV driving behind her.

What Ruiz didn't see was a driver, whom investigators say was drunk and traveling over 100 miles an hour, heading straight toward her.

Officer Madsen veered into the path of that oncoming car, giving his life to save Yarrelly’s.

"I didn’t know who he was. I know he was a cop and I know what he did and he saved my life that night," she said through tears. "In my head I kept thinking why did he do that? Why?"

Chief Brian Dugan said Madsen had about two and a half seconds to make the life-saving maneuver.

Yarrellys, who can't stop replaying the crash in her mind, has since learned that the officer left behind a wife and three children.

"I'm thankful for what he did, but just knowing that he's gone and his family is suffering, it's very painful every day when I wake up in the morning because I know that I'm here and he's not," she told FOX 13. "It was not my time to go but it's sad that he's gone. I didn't know who he was, but I now I feel like he's part of me." 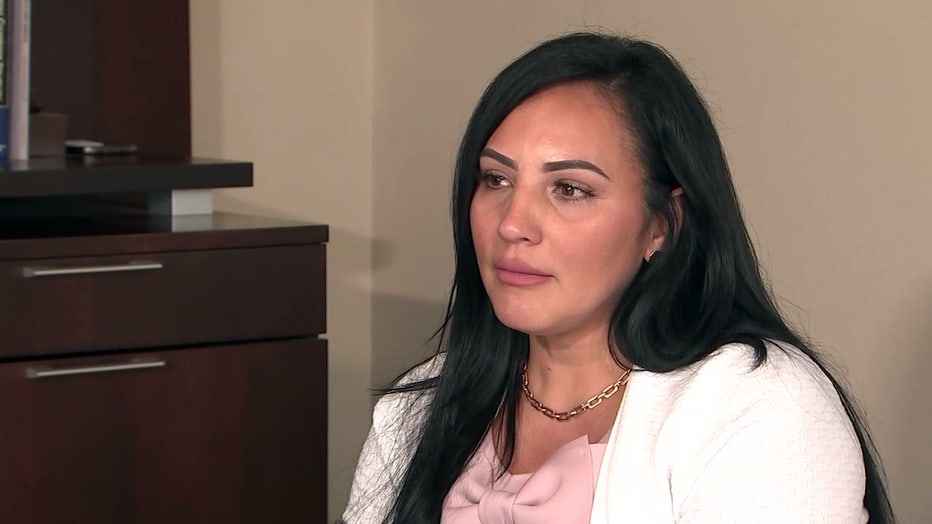 Yarrellys Ruiz was headed home when Officer Madsen swerved around and saved her.

Chief Dugan sat alongside Yarrellys as she spoke with FOX 13 and lent a consoling voice.

"We certainly now have a common bond and it’s people like you we are protecting when we put on this uniform every day and go to work," Dugan said. "I can’t imagine what it was like to you to see this happen, but it just reinforces what incredible person Jesse Madsen is and an incredible police officer to do this. This reinforces that he’s a hero."

Yarrellys wasn't the first life saved by Officer Madsen. The former Marine previously saved seven others during the course of his 16-year law enforcement career.

Yarrellys considers this a new lease on life and plans to keep his memory alive through her.