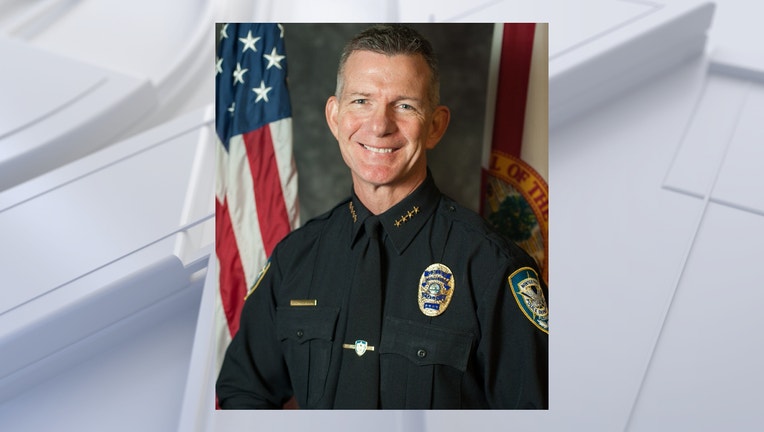 LAKE MARY, Fla. - Winter Park's police chief has been placed on administrative leave following an arrest on domestic violence charges, a city spokesperson for the city confirmed to FOX 35 News.

"We are aware of the arrest of Winter Park Police Chief Michael Deal on alleged domestic violence charges," the spokesperson said, adding that Division Chief Pam Marcum will be in charge of the department, "for as long as needed."

Deal was arrested in Seminole County on Wednesday evening and is scheduled to appear in court at 2 p.m. on Thursday.

According to a report from the Seminole County Sheriff's Office, an argument started between Deal, his wife Summer and his daughters over some "infidelity and integrity issues in the marriage." As the oldest daughter tried to speak to her father, he walked away toward the kitchen, the report states.

As he was walking, Summer was reportedly still trying to speak with him when he grabbed her wrist and "slung/pushed her out of his way toward the pantry," the report stated. Both daughters reportedly witnessed it.

Deal denies ever laying a hand on her.