No cat burglars were caught on camera, but rather it was a coyote creeping up to Jack Devlin’s front door in the middle of the night.

WINTER PARK, Fla. - No cat burglars were caught on camera, but rather it was a coyote creeping up to Jack Devlin’s front door in the middle of the night.

"I was shocked to see that they would come up on the porch… I would never believe that," Devlin said.

Devlin said he woke up Thursday morning to Ring camera notifications to the motion at his front door. The coyote visited in the early morning hours.

"Oh my goodness. It was huge. It was huge and very scary looking," said neighbor Laurie Kesterson.

"Most of us think they’re back in the woods," Kesterson said. "In this situation, they’ve come up to our very front yard and our front door which to me means they’re extremely aggressive." 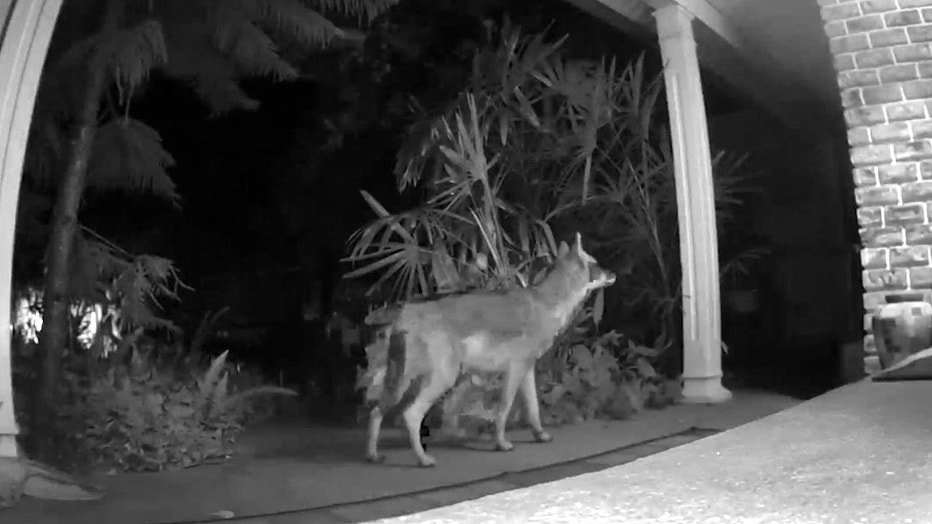 The Florida Fish and Wildlife Conservation Commission says coyotes are found in all Florida counties even in suburban and urban environments.

The agency says they’re usually shy and elusive but encounters with people are happening more often.

Residents say they’re keeping a close eye on their pets.

"We never let them out in the yards by themselves," Janet Young said about her small dogs.

Devlin wants his neighbors to see the video as a warning of what could be lurking right outside their doors.

"I posted that because I felt they need to have a little better awareness of what’s going on around here," he said.