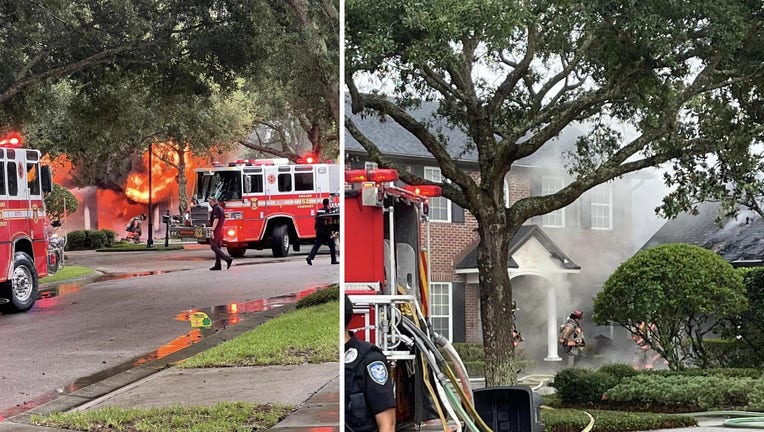 Just after 4 p.m., Winter Park Fire Rescue received reports of a house fire off of Chapman Circle, near Glenridge Way.  Upon arrival, crews encountered heavy fire coming from the garage. There were no reports of injuries; however smoke could still be detected in the area.

"It appears the heavy damage was contained to the garage area," fire officials said. "The cause of the fire is under investigation, but lightening-producing storms were in the area."

Crews were still at the scene around 6 p.m.