"County line to county line, our beaches are covered in seaweed. We got it in Brevard and Flagler as well," said Captain AJ Miller, with Volusia County Beach Safety.

Though it’s stinky and a little annoying, he said he’s happy to see it as it catches wind-blown sand that helps rebuild the beaches. 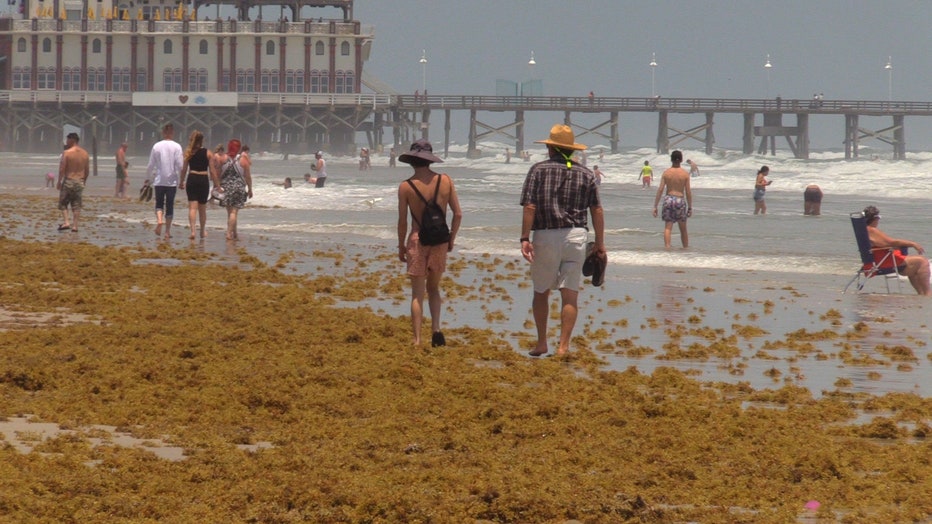 "I enjoy seeing it because I know it’s gonna renourish the beach. On the off chance, we do have beach sand removal due to high surf over the hurricane season, we’re gonna be better off because of this," he said.

The sight did not make for a picture-perfect beach Friday, but with beautiful weather and beach season in full swing, it did not keep anyone away.

"Kind of our joke now is every weekday is like a weekend, every weekend is like a holiday. People are coming in droves, so I don’t think it’s gonna stop anybody," Capt. Miller said.

If the wind continues to push it in, he said it will likely stay around for a couple of weeks.