Windermere father, son beaten to death by stranger with bat in their own home

Windermere police say a father and son were beaten to death and a mother was seriously injured as her grandson hid in a bathroom and called 911.

WINDERMERE, Fla. - Windermere police say a father and son were beaten to death and a mother was seriously injured as her grandson hid in a bathroom and called 911.

Three were people attacked in an upscale Windermere neighborhood.

The family's pastor is speaking out.

He says John and Lisa Savey and their son, James, were beaten by a stranger using a bat. 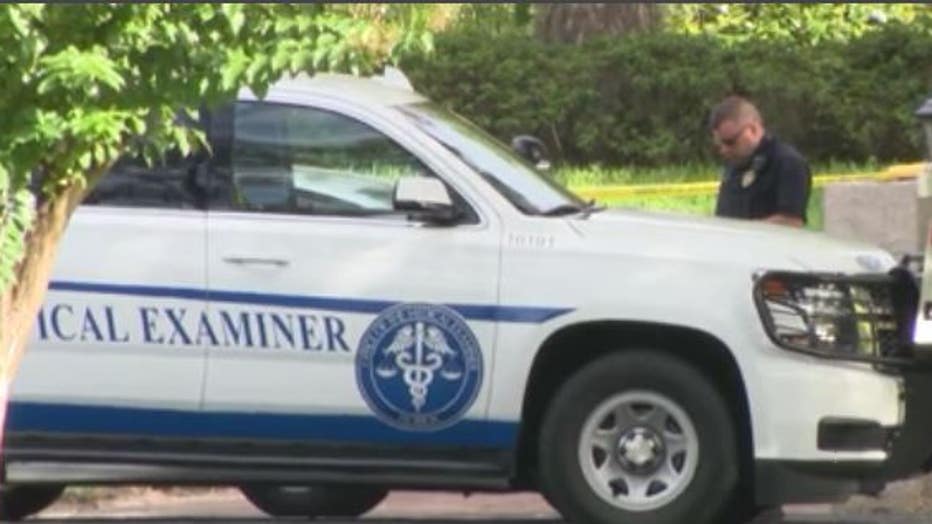 It was the couple's grandson that called for help while hiding in a bathroom.

He says it all started when suspect Ezekiel Hopkins tried stealing the couple’s pickup.

As the victims confronted him, Chief Ogden says Hopkins beat them with a bat.

"The defendant went inside the residence and continued to attack the grandmother and the grandfather," he said.

"During the altercation, the grandmother yelled to the grandson to run," he said.

As the child hid, officers also found Hopkins hiding inside.

"A tactical decision was made to make entry into the bedroom and the defendant, Ezekiel Emanuel Hopkins, was located inside a bathroom," Chief Ogden said.

He says Hopkins was unresponsive after drinking bleach, so they took him to the hospital.

He believes Hopkins wanted to steal the pickup and get rid of his own car after Ocoee police said it appeared suspicious earlier in the night.

"The vehicle took off at a high rate of speed. That does not meet the perimeters to engage in a pursuit, so he was not engaged in a pursuit," Chief Ogden said.

Both John and Lisa attended the Family Church in Windermere.

Lead pastor Carter says he plans to help the family.

He says everyone loved them and they loved everybody.

"He drove a big ole white pickup truck and you always knew he was coming around. People just loved that family," Carter said.

Hopkins is charged with two counts of murder and aggravated battery.

He's been arrested in the past with violating an injunction and stalking.