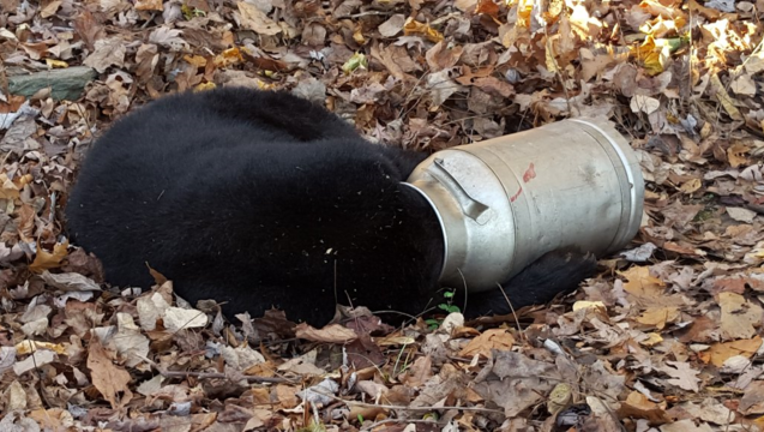 THURMONT, Md. (AP) - In an episode reminiscent of "Winnie the Pooh," Maryland state wildlife workers used an electric hand saw to remove a milk can that was stuck on the head of a bear.

Department of Natural Resources spokeswoman Karis King says the wildlife response team was called early Monday to a rural location near Thurmont to rescue an adult male black bear with his head stuck inside a metal milk can.

King says the bear was calm, but the workers tranquilized him for safety reasons before carefully removing the can. She says the animal regained consciousness, lifted his head and walked into the nearby woods.

In the children's story, a bear named Pooh gets his head stuck in a honey jar.