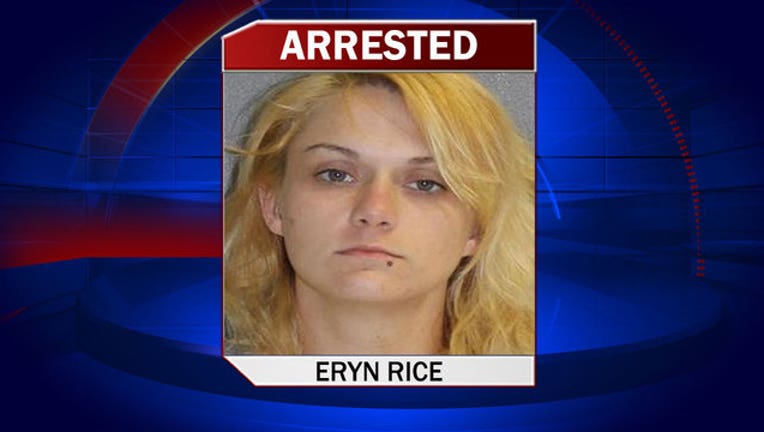 DELTONA, Fla. (AP) - Deputies say a wife thought her husband was having an affair when she found a 22-year-old woman wearing his pajamas. Turns out the woman was just hiding from the law.

The Volusia County Sheriff's Office said in a news release Monday that Eryn Rice slipped into the couple's Deltona home on Sunday after escaping from a deputy who'd arrested her for shoplifting. They said she washed her clothes, showered and took a nap.

The Orlando Sentinel reports when the 73-year-old woman first saw Rice, she thought her husband was cheating on her. The husband was playing golf; when he returned, he swore he'd never seen her before.

Not knowing she was on the run, the couple drove Rice home. Later, they contacted authorities, who arrested Rice.