A week after Florida residents began complaining about the increase in dead ducks, fish, and at least one turtle, found near Lake Dot in Sanford, residents tell FOX 35 that the situation is growing worse

SANFORD, Fla. - A week after Florida residents began complaining about the increase in dead ducks, fish, and at least one turtle, found near Lake Dot in Sanford, residents tell FOX 35 that the situation is growing worse – with the ducks decaying, spreading a foul odor in the area.

"Now you can just smell it as soon as you get out of the vehicle," said resident Chris Wagner, who first alerted FOX 35 to the issue. A week later, it's been determined that bird flu was likely the cause for the duck deaths, but additional answers are unclear.

"Just looking at some folks' yards, there’s a couple (of ducks) that are dying there and it seems to still be progressing. It just hasn’t stopped," said Wagner. Residents are now reporting dozens of ducks being found dead, and dead ducks are now being reported at two nearby lakes.

"I’ve called the police, animal control, water management, land management, parks and recreation, and leisure services. All I do is get transferred and every time I call FWC, they transfer me right back to my local agencies," said resident Michelle Everly.

Seminole County Animal Services said it has been out at least 10 times and picked up 35 ducks to help with the smell, a job, they say, is typically handled by Florida Fish and Wildlife. 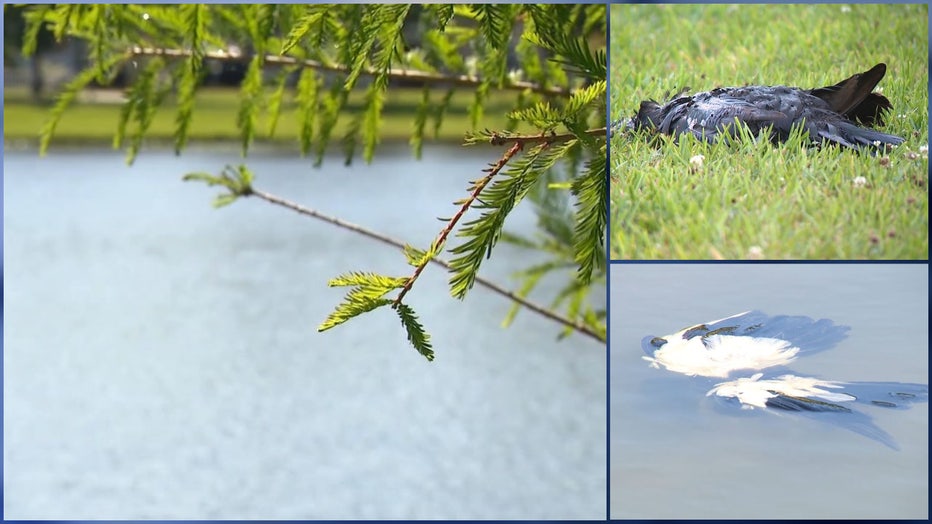 FWC confirmed the agency suspects bird flu is the cause of the duck deaths, but have not been able to take any samples. It's unclear why. A spokesperson for FWC has not responded to repeated messages from FOX 35 about why no one from the agency has responded to pick up the ducks nor who residents can reach out to for help.

"As citizens, what do we do? This is going to spread," said Everly. "As you could see, the raptors are now starting to show up which means if it is [bird flu] they can get contaminated and spread it."