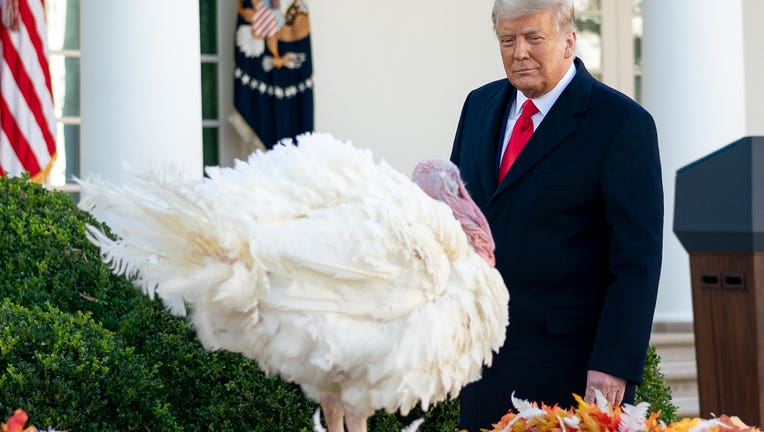 For the first time since he was sworn in as president nearly four years ago, President Trump will not spend Thanksgiving at his Mar-a-Lago resort in Florida.

Although the president was initially scheduled to travel to Palm Beach for the holiday, Stephanie Grisham, spokeswoman for first lady Melania Trump, tweeted last week that the Trumps had chosen to remain at the White House instead.

"Holiday Scheduling Update: The @POTUS & @flotus will be celebrating the Thanksgiving holiday at the @WhiteHouse this year," she wrote.

In both 2017 and 2018, Trump remained in Mar-a-Lago over the Thanksgiving holiday, calling troops at overseas bases and visiting the local Coast Guard station. In 2019 he was also at Mar-a-Lago, and from there he flew to Afghanistan for a surprise visit with the troops.

Trump, who has kept mostly a low profile since Joe Biden was declared the winner of the Nov. 3 election, will continue the White House tradition of calling troops, with a scheduled video teleconference with members of the military in the late afternoon.

"During this season of gratitude, we also acknowledge those who cannot be with their families. This includes the brave American patriots of our Armed Forces who selflessly defend our sacred liberty at home and abroad," Trump said in his annual Thanksgiving proclamation on Wednesday.

He continued: "And we pause to remember the sacrifices of our law enforcement personnel and first responders. We are deeply grateful for all those who remain on watch over the holidays and keep us safe as we celebrate and give thanks for the blessings in our lives."

“The president’s hard at work on COVID, among other issues, drawing down our number of troops in Afghanistan and Iraq, bringing our men and women home,” she said. “He’s hard at work, and so he’s staying here at the White House, and it will be a lovely Thanksgiving for him and the first lady here in the White House.”

In the weeks since the election, Trump has refused to concede the election to Biden and has forged ahead with a series of legal challenges against voting results in key battleground states.

Meawhile, last week the president-elect said he would keep his Thanksgiving celebration to three people.

“I’ve got a big family you’ve probably heard a lot about. We do everything together," he said during a virtual meeting with health care workers, adding: “Well, we’re just not going to, there’s going to be three of us.”