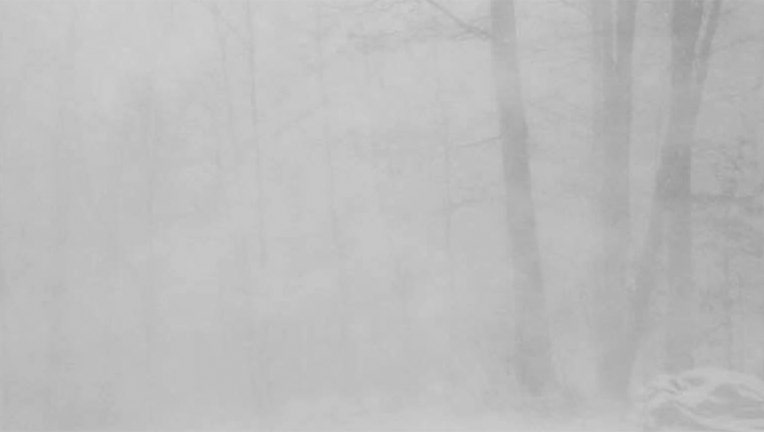 A snow squall in Pennsylvania in 2015. (National Weather Service file)

What exactly is a snow squall and why is it so dangerous?

NEW YORK - "Snow squalls, often associated with strong cold fronts, are a key wintertime weather hazard," according to the National Weather Service. "They move in and out quickly, and typically last less than an hour."

A snow squall may only produce a small amount of snow accumulation because it is fast and short and often happens without a larger and longer winter storm. But that doesn't mean it isn't dangerous.

Related: Whas it a bomb cyclone?

A snow squall moves in very quickly, often interrupting what is a clear New York or New Jersey weather day, for example, and creates sudden whiteout conditions. That coupled with the plunging temperature leads to icy streets and highways in minutes. And thus many motorists are caught off-guard.

"Unfortunately, there is a long history of deadly traffic accidents associated with snow squalls," the NWS said. "Although snow accumulations are typically an inch or less, the added combination of gusty winds, falling temperatures and quick reductions in visibility can cause extremely dangerous conditions for motorists."

So what is the difference between a snow squall and a snowstorm? In a word: duration.

"Snow squalls are usually very short-lived (on the order of 30-60 minutes) and extremely intense," the NWS said. "A snowstorm could last for several hours or even days."

What do I do if I'm caught in a snow squall?

If a Snow Squall Warning is in effect for your area, don't get on the road. If you're already on the road, try to pull over where it is safe to do so.

"There truly is no safe place on the highway during a snow squall," the NWS said. "However, if you are already in transit and cannot exit the road in time, reduce your speed, turn on your headlights and hazard lights and allow plenty of distance between you and the car in front of you."

Snow moves in and out quickly

Often associated with a cold front