Americans are flocking to social media or hanging out with their best "buds" in public spaces Wednesday to celebrate 420 — an unofficial holiday dedicated to celebrating and smoking marijuana.

But what is 420 Day and where did it originate?

According to National Day Calendar, 420 Day is celebrated every year on April 20, where cannabis producers, consumers and advocates celebrate and smoke marijuana.

"Once an unconventional day, the day has become the rallying cry of those who seek to legalize marijuana for medicinal and recreational uses," the company wrote. 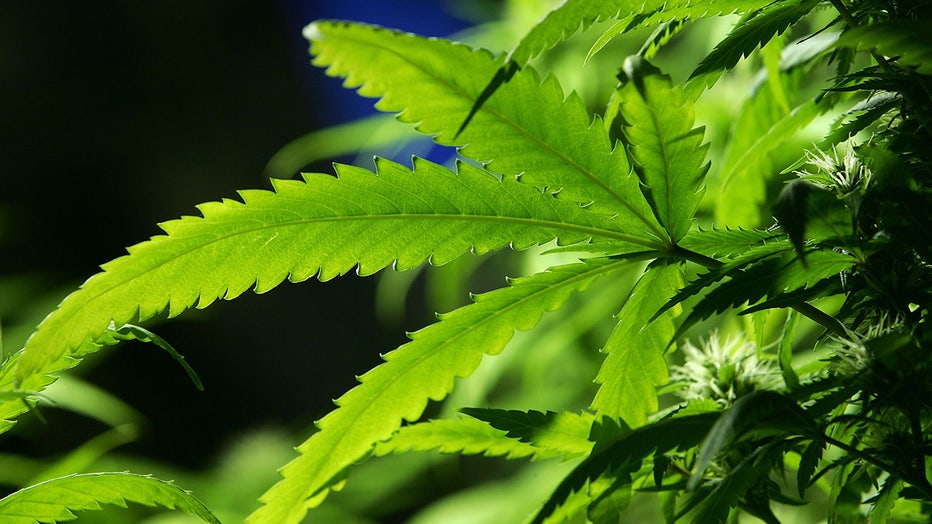 While federal law in the United States still classifies cannabis as illegal, many states have legalized the substance for medicinal or recreational use — or both.

Since the 1970s, people have celebrated the unofficial holiday. But why is it celebrated on 4/20 and where did the celebration originate?

There are many myths that have circulated across social media and the globe about how the day 4/20 came to be, with most reports proving unverifiable.

However, most believe 420 Day originated in California

in the 1970s when a group of teenagers from San Rafael High School in Marian County would ritualistically smoke marijuana at 4:20 each day. The number 420 became their code for marijuana.

The five students called themselves the "Waldos," which referenced the wall they would sit on at their school. The origin of the Waldos has been documented in letters, military records and high school newspaper clippings to corroborate these origins.

Subsequently, the term 420 ultimately became synonymous with the drug and was promoted by bands like The Grateful Dead.

420 lights up on social media

Social media users across the U.S. rang in the unofficial holiday Wednesday by calling for the legalization of weed nationwide and by posting pictures of their cannabis products.

After a two-year hiatus, San Francisco prepared for thousands of people to return to Golden Gate Park's Hippie Hill, for the annual 420 marijuana gathering.

"Because this is the year where there are legal sales, state law requires that you will not be allowed in unless you are 21," said Phil Ginsburg, general manager of the San Francisco Recreation and Parks Department.

Tens of thousands of people have come to Golden Gate Park in years past.

"I think everyone's going to come out and have a good time," said Savannah Vines, a Concord resident who was enjoying the sunshine with friends sitting on Hippie Hill Tuesday as organizers set up for the event.

The cannabis holiday also found a home in politics where Texas Democratic gubernatorial candidate Beto O’Rourke asked his followers to donate $4.20 to help his campaign legalize marijuana in Texas.

In addition, companies across the nation have handed out discounts for the holiday.

Jimmy Johns gave customers price breaks on sandwiches based on how "high" they were elevation-wise, according to FOX News. Meanwhile, the hot wings company Wingstop said it would offer customers a 420-inspired flavor called "Blazed & Glazed," which is available until April 22.

Where is marijuana legal?

Marijuana is currently legal in 37 states but remains a crime at the federal level.

Earlier this month, the U.S. House of Representatives voted to pass legislation to legalize marijuana at the federal level, one step closer to decriminalizing cannabis in the United States and the latest example of evolving attitudes on the subject.

While the bill, called the Marijuana Opportunity Reinvestment and Expungement (MORE) Act, is expected to face strong headwinds in the Senate — its debate and vote on Friday gave House lawmakers the chance to state their views on a decriminalization push.

This wasn’t the first time that a chamber of Congress has taken up the bill. The bill passed the House in 2020 but saw no action in the Senate, where 60 votes are needed to pass most legislation. Then, in September, it again cleared the sponsor’s panel for the current session.

New Jersey will start selling recreational marijuana on April 21, about a year and a half after voters overwhelmingly approved a measure to legalize it.

According to data from the National Conference of State Legislatures, there are only three states in the nation with no cannabis access laws on the books.

Here’s a look at where marijuana laws stand in each state:

States where recreational and medical marijuana are legal:

States and territories where ‘comprehensive’ medical marijuana is legal

To meet the criteria for a "comprehensive" medical marijuana program, states must offer protection from criminal penalties; access to cannabis through home growing or dispensaries; a variety of strains and products with more than "low THC," and allow users to smoke or vape the products. The NCSL says they also can’t be limited trial programs like the one underway in Nebraska.

Here are the states and U.S. territories with comprehensive medical marijuana laws:

There are at least 10 states that allow some medical patients access to low THC (the main psychoactive compound in marijuana)/high cannabidiol (CBD) products in limited circumstances or as a legal defense. These include:

In a 2021 Gallup poll, the support for marijuana legalization reached a record high, with 68% of participants supporting it.

Meanwhile, cannabis is one of the fastest-growing industries in the nation. Sales of adult-use and medical marijuana hit $25 billion in 2021, according to a report by Leafly, that was created in partnership with the cannabis economic analysis firm Whitney Economics. Researchers also found last year was the first time that job creation in the marijuana industry exceeded six figures, with 107,059 new jobs created, compared to 32,700 in 2019.

Last year, Amazon said that it will stop testing job seekers for marijuana.

The company, the second-largest private employer in the U.S. behind Walmart, made the change as states continue to legalize cannabis or introduce laws banning employers from testing for it.

FOX News and FOX San Francisco contributed to this story.