Soon, surfers in Central Florida will have a new place to hang ten, and they won't have to go to the ocean to do it. A water attraction is in the works in New Smyrna Beach.

NEW SMYRNA BEACH, Fla. - A massive park featuring a wave pool for surfers is being planned in New Smyrna Beach and set to open in the fall of 2022.

Developer Mike Lopez and the company behind the technology, American Wave Machines, are working on the project near the intersection of State Road 44 and Interstate 95.

Lopez said the company already has locations in Waco, Texas, and has other projects in the works in Brazil and Japan. So why New Smyrna Beach? 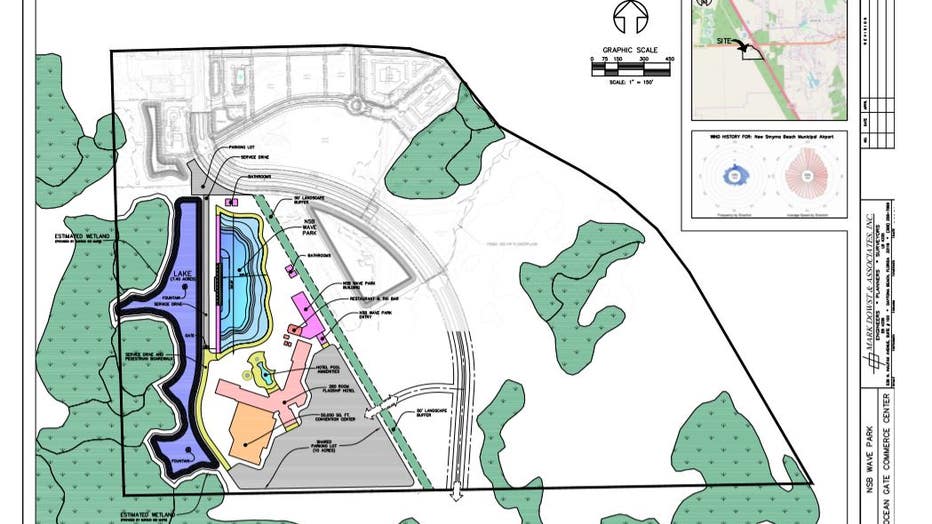 Professional surfer and New Smyrna Beach native Eric Geiselman plans to help with training. He said it’ll be a place for surfers of any skill level to practice the sport, similar to a golf range.

"This will be the controlled environment. You'll always have waves as long as there’s power," he said.

"Six to eight-foot waves and we also have timed it, and we will be able to produce a wave every six seconds," Lopez said.

Having had a close call with a shark about a decade ago in California, Geiselman said he appreciates the peace of mind parks like this bring.

"Just how out of control you are in that situation so that to be eliminated and your mind free as far as knowing, it’s just you against the wave... is awesome and I think people will like that," he said.

Lopez said there are also plans for a hotel, restaurants, and shops surrounding the park. He said construction for infrastructure could start as soon as May.