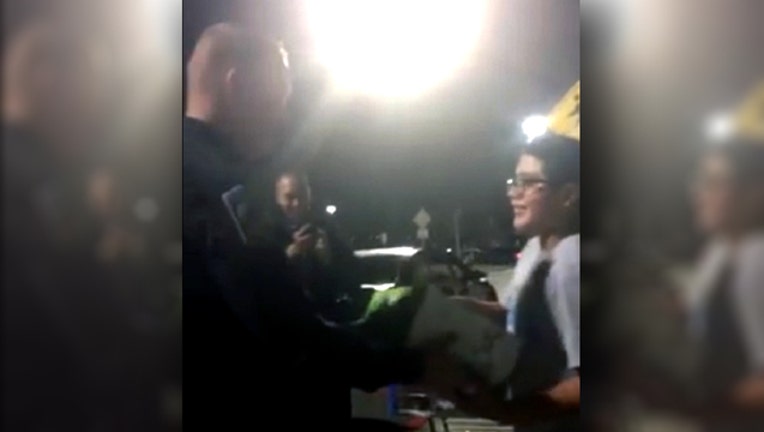 SUWANEE, Ga. - A traditional Santa dresses in red and white. But one Suwanee “Santa” dresses in blue and black.

Officer Chance Belcher went Christmas shopping last year with a boy named Jamie. The boy went on about how much he wanted an Xbox, but never got one.

So, when the two were paired again this year at the Buford Walmart to go shopping, Belcher had a big surprise for Jamie. He gave the boy his own Xbox system.

The video shows Officer Belcher handing Jamie a game for an Xbox 360 and as if he had one. When the boy responded he didn’t, Belcher produced one.

Kaitlyn Stewart wrote about the incident: “Officer Chance Belcher told me this morning how much he loved the boy he got to shop with last year (Jamie) and how much he wanted an Xbox but never got one. Well God works in mysterious ways! Out of all the officers and children out tonight, the two were paired together again! Officer Belcher gave his personal Xbox system to Jamie. Officer Belcher is a wonderful role model and I'm so excited I was able to share this experience with my department.”

This is not the first time FOX 5 News has run across the kindness of Officer Chance Belcher. He and Cpl. Kevin Skinner stood guard outside of services at a Musullah Mosque following the shootings in San Bernardino. Their actions left some of the Muslim American community in in Suwanee thankful and humbled by the dedication to public safety.