SpaceX launched another 54 Starlink satellites on Saturday night from Cape Canaveral Space Force Station in Florida and it was a sight to see as the rocket moved through the clouds into space.

BREVARD COUNTY, Fla. - SpaceX launched another batch of Starlink satellites on Saturday from Cape Canaveral Space Force Station in Florida and it was a sight to see as the rocket launched through the cloudy night sky into low orbit.

Weather pushed back the launch slightly from 10 p.m. to 11:41 p.m. But, the cloud cover made for an incredible backdrop as the rocket made its way through Earth's atmosphere – and illuminated the clouds as it quickly passed through.

The 54 Starlink satellites were launched into space aboard the Falcon 9 rocket. These satellites bring broadcast internet from space to remote and rural areas.

According to SpaceX's website, the cost of internet is $110 a month, plus a one-time $599 hardware cost. 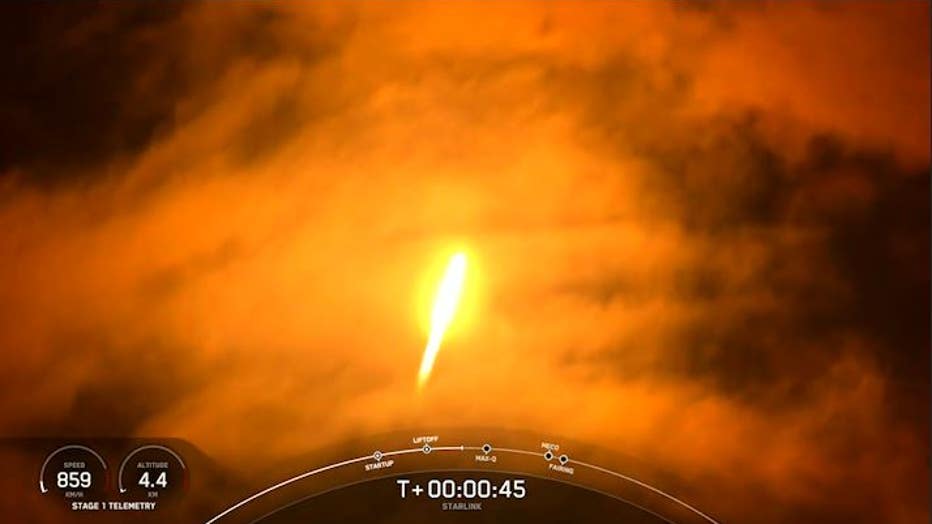 Watch the launch in its entirety below: