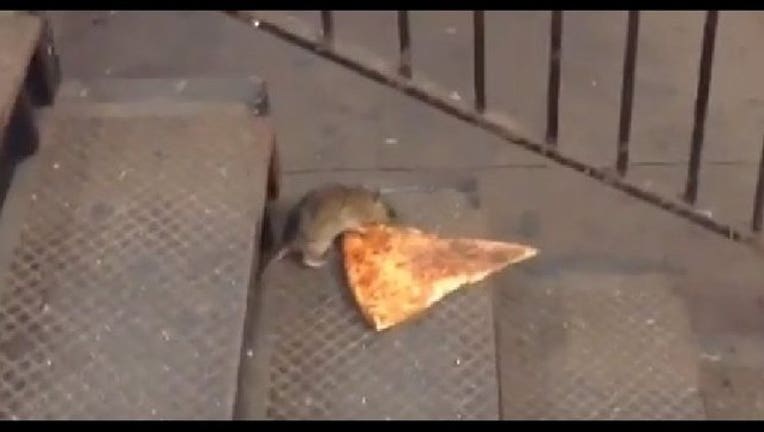 NEW YORK CITY (FOX 11) - A very determined rat was captured on a video dragging a whole slice of pizza down subway stairs in New York City.

He almost makes it to the bottom, but then perhaps noticed he was being tailed and scampered off until the coast was clear.

The slice appeared to be cheese pizza, although those details remains unconfirmed.

After the video was posted Monday, the Internet began showing its appreciation for #PizzaRat:

We are all Pizza Rat.