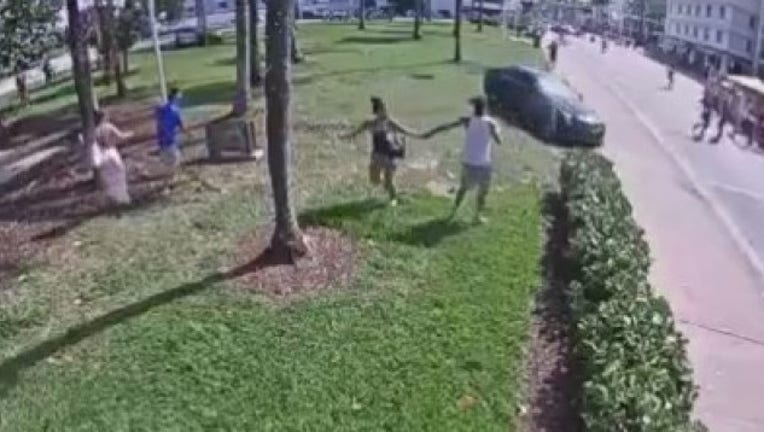 MIAMI BEACH, Fla. - The teenage driver of a stolen car was arrested after leading police on a wild chase through Miami Beach on February 21.

Police said the car initially fled from officers and then struck a motormen before several occupants bailed from the vehicle.

The footage shows the car hopping a sidewalk and driving through a park as pedestrians scatter.

Police said the driver, a 15-year-old, was arrested.

They added that they found a firearm with an extended magazine on the driver’s seat. Two occupants of the car remained at large, police said.