NORTH PORT, Fla. - A twist in the manhunt for Brian Laundrie as new findings could bring the month-long search to an end.

Human remains were found along with items belonging to Laundrie in the Carlton Reserve in Florida.

Law enforcement is back at the scene on Thursday morning following the discovery. The FBI and Sarasota County Medical Examiner's Office are among those who were on the scene at the Myakkahatchee Creek Environmental Park in North Port, working to identify human remains spotted in an area that was previously underwater. 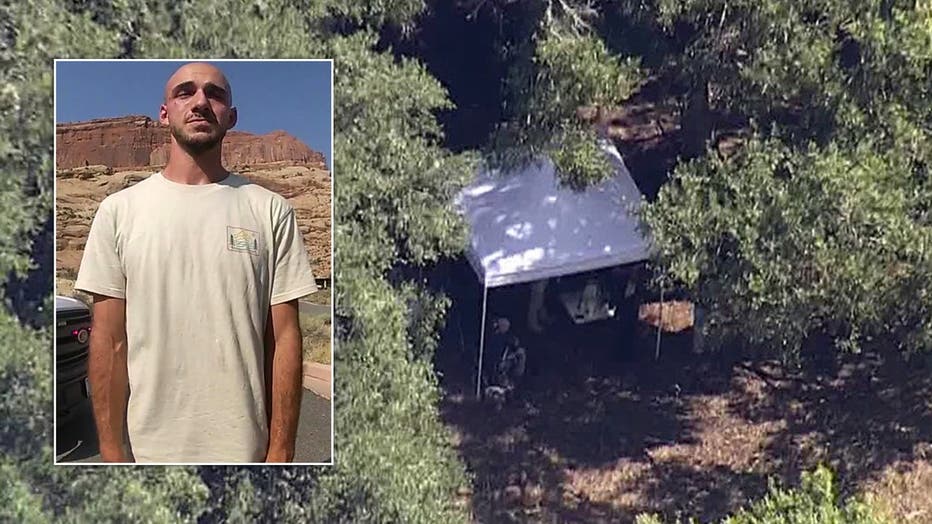 "Investigators found what appeared to be human remains. Along with personal items such as a backpack and notebook belonging to Brian Laundrie," FBI special agent Michael McPherson said Wednesday. "These items were found in an area that up until recently had been underwater."

Laundrie's parents, who reported him missing from their North Port home over a month ago, were at the park Wednesday morning and "appeared emotional" as they left, FOX News reported.

The Laundrie family attorney confirmed Chris and Roberta Laundrie were present when the remains and items were found.

"Chris and Roberta Laundrie were at the reserve earlier today when human remains and some of Brian’s possessions were located in an area where they had initially advised law enforcement that Brian may be. Chris and Roberta will wait for the forensic identification of the human remains before making any additional comments," the statement from attorney Steven Bertolino said.

Remains found during hunt for Brian Laundrie in Florida

A body was found Wednesday during the ongoing search for Brian Laundrie, the only person of interest in the Gabby Petito case. Investigators have yet to identify the remains, but items belonging to Brian were found nearby.

Brian Laundrie is wanted on a federal warrant, charged with intent to defraud for one or more unauthorized uses of Gabby's bank card, between August 30 and September 1, taking more than $1,000.  Officials have not called him a suspect in Gabby's homicide. A Wyoming coroner said she died by strangulation, and her body was likely outside for up to four weeks, but no suspects have been named in her death.

Gabby disappeared during a cross-country trip with Brian, her fiancé, sparking a nationwide search for the 22-year-old that ended with authorities finding her remains at a Wyoming national park.

For weeks, Florida authorities scoured Carlton Reserve and neighboring Myakkahatchee Creek park, searching for any sign of Brian before scaling back those efforts nearly a week later. On Friday, Sept. 17, his parents said he was missing, telling North Port police they believed he would be in the preserve. At the time, they said he left the home on Tuesday, Sept. 14 , sparking the search. Then, according to the family attorney, in early October they said they believed he left one day earlier than they previously thought.

RELATED: Brian Laundrie lookalike has hotel door kicked in by US Marshals, deputies in arrest attempt

Alleged sightings of Brian were reported since then, even as far as the Florida Panhandle and Appalachian Trail.

Watch FOX 35 News for the latest development in this story and download the FOX 35 News App to get breaking updates to your cellphone.