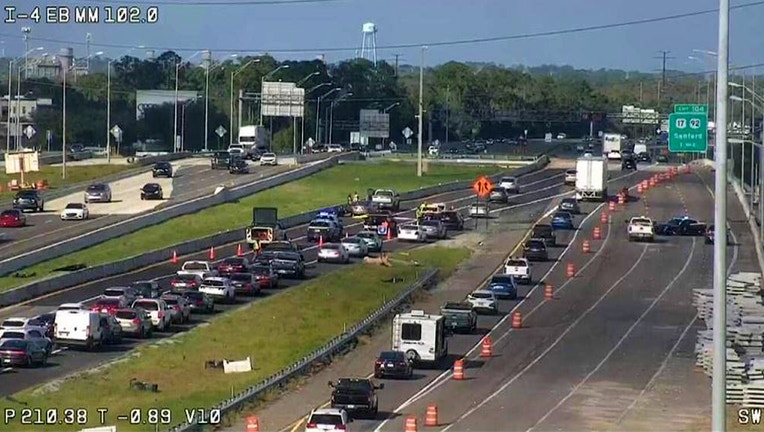 LAKE MARY, Fla. - The Florida Highway Patrol shut down portions of Interstate 4 in Seminole County late Friday afternooon due to a deadly crash.

Troopers arrived at mile marker 102 in Sanford where they discovered three vehicles were involved in a crash just before 3 p.m. One of those vehicles was a 2007 Harley-Davidson motorcycle. The motorcyclist, a 65-year-old Deltona man, was pronounced deceased at the scene. The drivers of the other vehicles, a 2012 Honda Civic, and a 2022 Toyota Tundra, remained at the scene and did not require medical transportation.