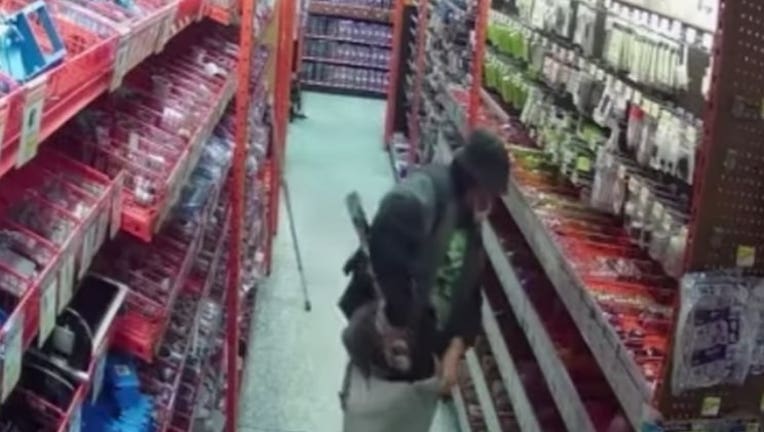 BREVARD COUNTY, Fla. - A Brevard County man is behind bars after deputies say he stole a crossbow – by shoving it in his pants!

"Well, here is something you don't see every day…one of the world's dumbest criminals caught on video stuffing a crossbow down his pants!"

The sheriff's office says on Feb. 6, workers at the True Value Store on Highway 1 in Mims noticed two crossbows missing. After seeing security video, they saw a man walking into the store, stealing a pair of cutting tools off the shelf, and then cutting the zip ties off of a Ravin Rio Crossbow, according to deputies.

The man, later identified as Darren Durrant, is seen on video stuffing the crossbow down the front of his pants.

MORE NEWS: 'His blood was all over my wedding dress': Family of man shot at wedding want officers charged

He was spotted by a deputy in a Walgreens parking lot and attempted to run, but the sheriff's office says he didn't get very far. He was arrested for felony petit theft. He reportedly has two prior felony theft convictions.

Durrant is currently in the Seminole County Jail on an unrelated burglary charge and then will face charges in Brevard County for the alleged crossbow theft.

"Just when you think you have seen it all, this guy takes carrying a concealed weapon to a whole new level, as he proves to all of us that you can actually stuff a crossbow down the front of your pants!" the sheriff's office wrote on Facebook. "You just can’t make this stuff up!"