A police officer with the Apopka Police Department was arrested on the Fourth of July for suspected DUI while in his patrol vehicle and in uniform, the Apopka and Eustis police departments said.

EUSTIS, Fla. - New body camera video shows the moment an Apopka police officer was arrested after allegedly driving under the influence in a marked patrol vehicle while wearing his uniform.

The Lake County Sheriff's office says a Eustis police officer pulled over Apopka police Officer Oscar Mayorga on Monday after reports of a police car driving recklessly. Officers determined the 25-year-old officer was under the influence and notified Apopka police.

Mayorga's vehicle was found on South Avenue near S. Grove Street in Eustis and an officer signaled Mayorga to pull over. Mayorga, who was reportedly in his police-issued vehicle and uniform, allegedly told the officer that he was on his way to work.  The report says his speech was slurred and there was an open beer can in the center cup holder.

The officer noted that Mayorga did not immediately pull over, but eventually did. 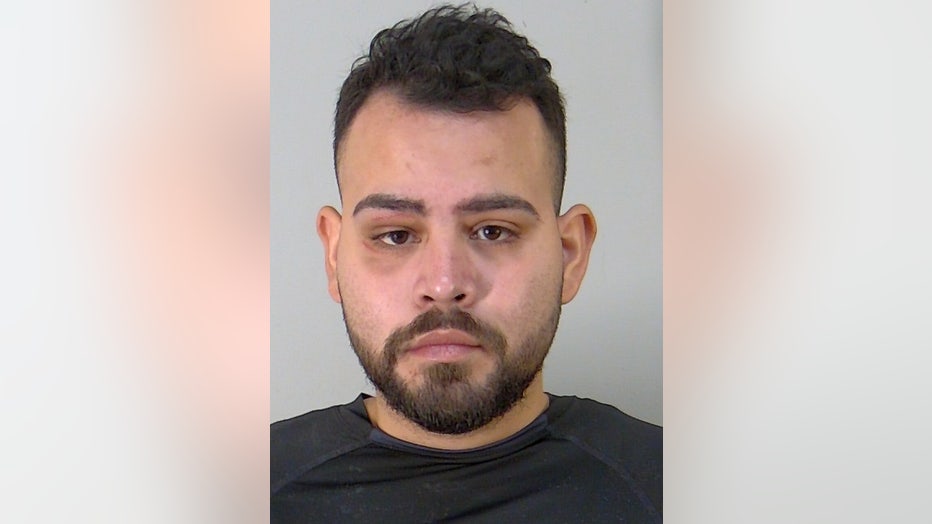 The arresting officer also noted a "strong odor of alcohol emitting from his (Mayorga's) breath." Mayorga reportedly told the officer that he did not drink any alcohol and had taken three Benadryl pills, however, later demitted to drinking three "tall boys," or 24-ounce cans.

He was arrested under suspicion of a DUI and booked into the Lake County Jail where he was released on Tuesday morning.

Apopka police say Mayorga has been with the police department for five years. He has been suspended without pay while they investigate.