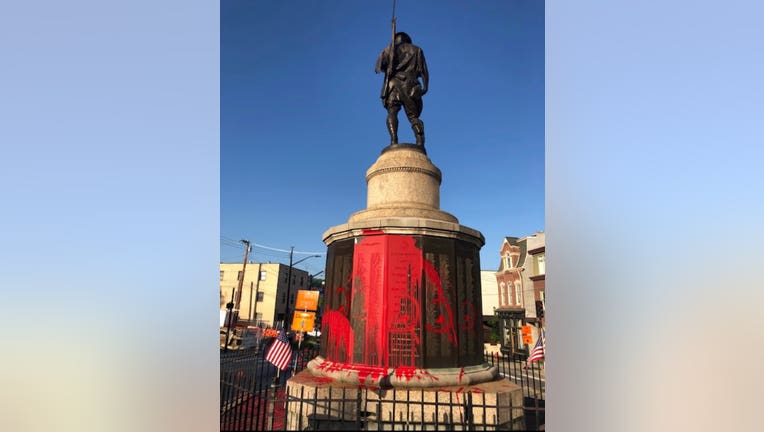 PITTSBURGH - Authorities in western Pennsylvania are investigating vandalism of a Pittsburgh war memorial on the eve of Memorial Day.

The statue of a World War I doughboy in the city's Lawrenceville neighborhood was splashed with red paint during the night and also appeared to have been sprayed with a logo similar to that of a hammer and sickle.

A message spray-painted at the base of the memorial read “June 19, 1986! Glory to the Day of Heroism!” The phase has been used by some groups in reference to 1986 Peruvian prison uprisings by imprisoned Maoist revolutionaries.

Public Safety Director Wendell Hissrich said vandalizing a memorial was wrong on any day “but it is incomprehensible to vandalize this memorial on a day in which we honor those who served and gave their lives for the freedoms we enjoy today."

He vowed that city police “will vigorously investigate this crime.”

Police spokeswoman Cara Cruz said Monday that investigators are reviewing “all available video footage” from the area. She also said that arrangements are being made to clean the memorial.

“Whoever did this. Please leave. Today," he said.